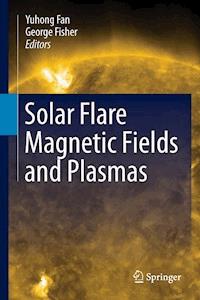 This volume is devoted to the dynamics and diagnostics of solar magnetic fields and plasmas in the Sun’s atmosphere. Five broad areas of current research in Solar Physics are presented: (1) New techniques for incorporating radiation transfer effects into three-dimensional magnetohydrodynamic models of the solar interior and atmosphere, (2) The connection between observed radiation processes occurring during flares and the underlying flare energy release and transport mechanisms, (3) The global balance of forces and momenta that occur during flares, (4) The data-analysis and theoretical tools needed to understand and assimilate vector magnetogram observations and (5) Connecting flare and CME phenomena to the topological properties of the magnetic field in the Solar Atmosphere. The role of the Sun’s magnetic field is a major emphasis of this book, which was inspired by a workshop honoring Richard C. (Dick) Canfield.  Dick has been making profound contributions to these areas of research over a long and productive scientific career.  Many of the articles in this topical issue were first presented as talks during this workshop and represent substantial original work.  The workshop was held 9 – 11 August 2010, at the Center Green campus of the National Center for Atmospheric Research (NCAR) in Boulder, Colorado.

This volume is aimed at researchers and graduate students active in solar physics, solar-terrestrial physics and magneto-hydrodynamics.