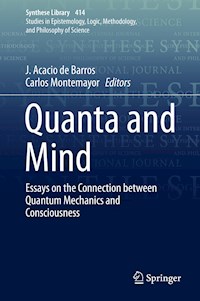 The book features 20 papers on contemporary approaches to Quanta and Mind. It brings together the work of scholars from different disciplines with diverse views on the connections between Quanta and Mind, ranging from those who are supportive of a link between consciousness and quantum physics to those who are very skeptical of such link. Coverage includes such topics as free will in a quantum world, contextuality and causality, mind and matter interaction, quantum panpsychism, the quantum and quantum-like brain, and the role of time in brain-mind dynamics.