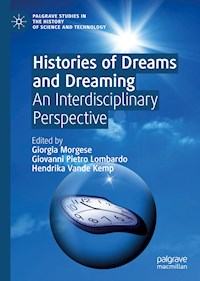 Histories of Dreams and Dreaming ebook

In the late nineteenth century, dreams became the subject of scientific study for the first time, after thousands of years of being considered a primarily spiritual phenomenon. Before Freud and the rise of psychoanalytic interpretation as the dominant mode of studying dreams, an international group of physicians, physiologists, and psychiatrists pioneered scientific models of dreaming. Collecting data from interviews, structured observation, surveys, and their own dream diaries, these scholars produced a large body of early research on the sleeping brain in the late nineteenth and early twentieth centuries. This book uncovers an array of case studies from this overlooked period of dream scholarship. With contributors working across the disciplines of psychology, history, literature, and cultural studies, it highlights continuities and ruptures in the history of scientific inquiry into dreams.