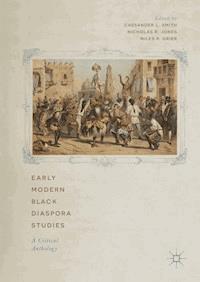 Early Modern Black Diaspora Studies brings into conversation two fields—Early Modern Studies and Black Studies—that traditionally have had little to say to each other. This disconnect is the product of current scholarly assumptions about a lack of archival evidence that limits what we can say about those of African descent before modernity. This volume posits that the limitations are not in the archives, but in the methods we have constructed for locating and examining those archives. The essays that make up this volume offer new critical approaches to black African agency and the conceptualization of blackness in early modern literary works, historical documents, material and visual cultures, and performance culture. Ultimately, this critical anthology revises current understandings about racial discourse and the cultural contributions of black Africans in early modernity and in the present across the globe.