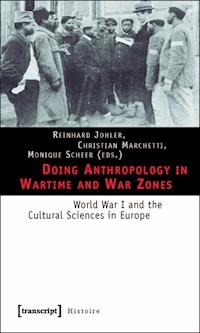 World War I marks a well-known turning point in anthropology, and this volume is the first to examine the variety of forms it took in Europe. Distinct national traditions emerged and institutes were founded, partly due to collaborations with the military. Researchers in the cultural sciences used war zones to gain access to »informants«: prisoner-of-war and refugee camps, occupied territories, even the front lines. Anthropologists tailored their inquiries to aid the war effort, contributed to interpretations of the war as a »struggle« between »races«, and assessed the »warlike« nature of the Balkan region, whose crises were key to the outbreak of the Great War.