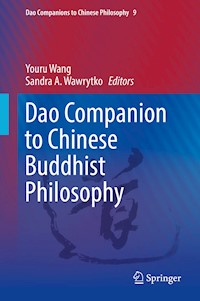 Too often Buddhism has been subjected to the Procrustean box of western thought, whereby it is stretched to fit fixed categories or had essential aspects lopped off to accommodate vastly different cultural norms and aims. After several generations of scholarly discussion in English-speaking communities, it is time to move to the next hermeneutical stage. Buddhist philosophy must be liberated from the confines of a quasi-religious stereotype and judged on its own merits. Hence this work will approach Chinese Buddhism as a philosophical tradition in its own right, not as an historical after-thought nor as an occasion for comparative discussions that assume the west alone sets the standards for or is the origin of philosophy and its methodologies. Viewed within their own context, Chinese Buddhist philosophers have much to contribute to a wide range of philosophical concerns, including metaphysics, epistemology, ethics, philosophy of language, philosophy of mind, and philosophy of religion, even though Western divisions of philosophy may not exhaust the rich contents of Chinese Buddhist philosophy. .