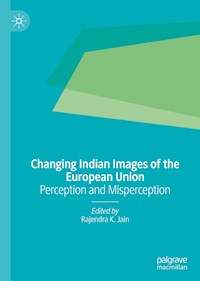 This book explores the images and perceptions of the European Union (EU) in the eyes of one of the EU’s three strategic partners in Asia in the context of its own distinct policies and identity. It fills a major gap in existing studies on how Asians perceive the EU. The book examines the perception, representation and visibility of the EU in the Indian media, among the ‘elites’ and in public opinion. It explores whether the Union’s self-proclaimed representation as a global actor, a normative power and a leader in environmental negotiations conforms to how it is actually perceived in Third World countries.

The book asks questions such as, How have Indian images of Europe/European Union been changing from the 1940s to the present? What new narratives have emerged or are emerging about the EU in India? What does the rise of China mean for EU-India relations? Is the image of the EU changing in India or do old representations still persist even though the Union is acquiring a new personality in the world politics? How does India perceive Poland?