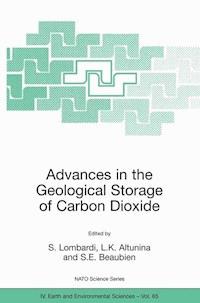 Advances in the Geological Storage of Carbon Dioxide ebook

As is now generally accepted mankind’s burning of fossil fuels has resulted in the mass transfer of greenhouse gases to the atmosphere, a modification of the delicately-balanced global carbon cycle, and a measurable change in world-wide temperatures and climate. Although not the most powerful greenhouse gas, carbon dioxide (CO) drives climate 2 change due to the enormous volumes of this gas pumped into the atmosphere every day. Produced in almost equal parts by the transportation, industrial and energy-generating sectors, atmospheric CO concentrations have 2 increased by about 50% over the last 300 years, and according to some sources are predicted to increase by up to 200% over pre-industrial levels during the next 100 years. If we are to reverse this trend, in order to prevent significant environmental change in the future, action must be taken immediately. While reduced use of fossil fuels (through conservation, increased efficiency and expanded use of renewable energy sources) must be our ultimate goal, short to medium term solutions are needed which can make an impact today. Various types of CO storage techniques have been proposed to fill this 2 need, with the injection of this gas into deep geological reservoirs being one of the most promising. For example this approach has the potential to become a closed loop system, whereby underground energy resources are brought to surface, their energy extracted (via burning or hydrogen extraction), and the resulting by-products returned to the subsurface.