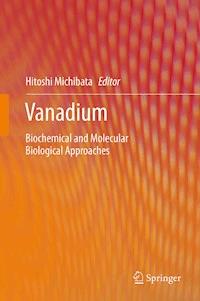 The publication of Vanadium: Biochemical and Molecular Biological Approaches is particularly timely as it exactly coincides with the centennial anniversary of the discovery of Vanadium by Professor Henze, in the blood cells of an ascidian (tunicate) collected in Gulf of Naples in 1911. Vanadium, atomic number 23, covers a wide range of oxidation states (from -2 to +5) and has unpaired electrons. Depending on these properties, a wide variety of enzymes and compounds containing Vanadium have been found and the biochemical behaviour of Vanadium has been investigated extensively.