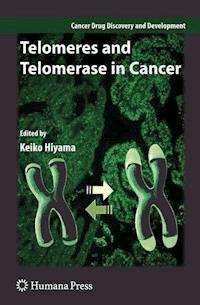 Telomeres and Telomerase in Cancer ebook

Telomerase, an enzyme that maintains telomeres and endows eukaryotic cells with immortality, was first discovered in tetrahymena in 1985. In 1990s, it was proven that this enzyme also plays a key role in the infinite proliferation of human cancer cells. Now telomere and telomerase are widely accepted as important factors involved in cancer biology, and as promising diagnostic tools and therapeutic targets. Recently, role of telomerase in “cancer stem cells” has become another attractive story. Until now, there are several good books on telomere and telomerase focusing on biology in ciliates, yeasts, and mouse or basic sciences in human, providing basic scientists or students with updated knowledge.