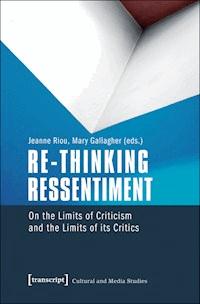 The charge of »Ressentiment« can in today's world - less from traditionally conservative quarters than from the neo-positivist discourses of particular forms of liberalism - be used to undermine the argumentative credibility of political opponents, dissidents and those who call for greater »justice«. The essays in this volume draw on the broad spectrum of cultural discourse on »Ressentiment«, both in historical and contemporary contexts. Starting with its conceptual genesis, the essays also show contemporary nuances of »Ressentiment« as well as its influence on literary and philosophical discourse in the 20th century.