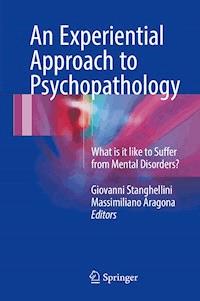 An Experiential Approach to Psychopathology ebook

This book introduces the reader to a clear and consistent method for in-depth exploration of subjective psychopathological experiences with the aim of helping to restore the ability within psychiatry and clinical psychology to draw qualitative distinctions between mental symptoms that are only apparently similar, thereby promoting a more precise characterization of experiential phenotypes. A wide range of mental disorders are considered in the book, each portrayed by a distinguished clinician. Each chapter begins with the description of a paradigmatic case study in order to introduce the reader directly to the patient’s lived world. The first-person perspective of the patient is the principal focus of attention. The essential, defining features of each psychopathological phenomenon and the meaning that the patient attaches to it are carefully analyzed in order to “make sense” of the patient’s apparently nonsensical experiences. In the second part of each chapter, the case study is discussed within the context of relevant literature and a detailed picture of the state of the art concerning the psychopathological understanding of the phenomenon at issue is provided.

An Experiential Approach to Psychopathology, and the method it proposes, may be considered the result of convergence of classic phenomenological psychopathological concepts and updated clinical insights into patients’ lived experiences. It endorses three key principles: subjective phenomena are the quintessential feature of mental disorders; their qualitative study is mandatory; phenomenology has developed a rigorous method to grasp “what it is like” to be a person experiencing psychopathological phenomena. While the book is highly relevant for expert clinical phenomenologists, it is written in a way that will be readily understandable for trainees and young clinicians.