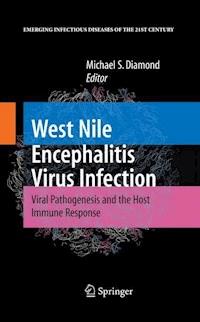 West Nile virus is a neurotropic flavivirus that has emerged globally as a primary cause of viral encephalitis. Infection of humans and other vertebrate animals is associated with a febrile illness that can progress to a lethal encephalitis or flaccid paralysis syndrome. Its appearance in the Western Hemisphere in 1999 and the corresponding increase in global disease burden over the last decade have been accompanied by intensive study, including the entry of many scientists into the field. Breakthroughs have been made in understanding the unique transmission pattern between the vector and the multiple avian and mammalian hosts and targets. Studies in mammalian systems have dissected the viral and host factors that determine the pathogenesis and outcome of West Nile virus infection. On the basis of these experiments, progress has been made on the identification of genetic factors that predispose to severe human disease. Thus, in a remarkably short period of time, insight has been gained on a wide variety of disciplines related to West Nile virus biology. The aim of this book was to assemble an up-to-date and cutti- edge anthology from the leading experts in the field. The chapters are balanced by submissions from newcomers who have made significant recent contributions with those from established investigators who have dedicated their careers to the study of West Nile virus.