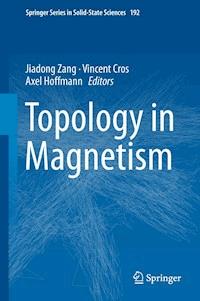 This book presents both experimental and theoretical aspects of Topology in Magnetism. It first discusses how the topology in real space is relevant for a variety of magnetic spin structures, including domain walls, vortices, skyrmions, and dynamic excitations, and then focuses on the phenomena that are driven by distinct topology in reciprocal momentum space, such as anomalous and spin Hall effects, topological insulators, and Weyl semimetals. Lastly, it examines how topology influences dynamic phenomena and excitations (such as spin waves, magnons, localized dynamic solitons, and Majorana fermions). The book also shows how these developments promise to lead the transformative revolution of information technology.