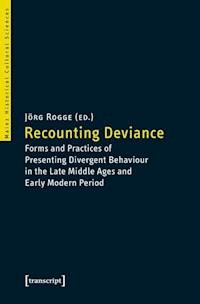 How do historical sources narrate or recount deviance? Is there a relationship between the manner in which divergent behaviour is recounted and the type of source in which this behaviour is presented? The articles present examples of the recounting of deviance by using, amongst others, sources such as chronicles, travel accounts and court records from 15th century England, 15th/16th century Germany, 17th century Spain, 17th/18th century Venice and 17th/18th century Italy and France. It can be asserted that different types of narrative patterns to recount deviance occur intermingled in the cases discussed.