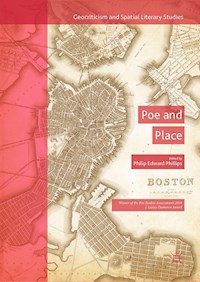 This collection of fifteen original essays and one original poem explores the theme of “place” in the life, works, and afterlife of Edgar A. Poe (1809-1849). Poe and Place argues that “place” is an important critical category through which to understand this classic American author in new and interesting ways. The geographical “places” examined include the cities in which Poe lived and worked, specific locales included in his fictional works, imaginary places featured in his writings, physical and imaginary places and spaces from which he departed and those to which he sought to return, places he claimed to have gone, and places that have embraced him as their own. The geo-critical and geo-spatial perspectives in the collection offer fresh readings of Poe and provide readers new vantage points from which to approach Poe’s life, literary works, aesthetic concerns, and cultural afterlife.