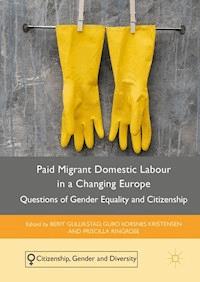 This book analyses the changing face of work, gender equality and citizenship in Europe. Drawing on in-depth research conducted in nine different countries, it focuses on the discourses, social relations and political processes that surround paid domestic labour. In doing so, it rethinks the vital relationship between this kind of employment, the formal and informal citizenship of migrant workers and their employers, and the cultural and political value of gender equality. Approaching these as fluid, complex and interrelated phenomena that change according to local context, it will appeal to sociologists, political scientists, geographers, anthropologists and gender studies scholars.