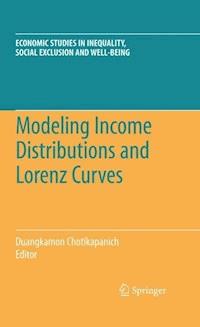 Jean-Jacques Rousseau wrote in the Preface to his famous Discourse on Inequality that “I consider the subject of the following discourse as one of the most interesting questions philosophy can propose, and unhappily for us, one of the most thorny that philosophers can have to solve. For how shall we know the source of inequality between men, if we do not begin by knowing mankind?” (Rousseau, 1754). This citation of Rousseau appears in an article in Spanish where Dagum (2001), in the memory of whom this book is published, also cites Socrates who said that the only useful knowledge is that which makes us better and Seneca who wrote that knowing what a straight line is, is not important if we do not know what rectitude is. These references are indeed a good illustration of Dagum’s vast knowledge, which was clearly not limited to the ?eld of Economics. For Camilo the ?rst part of Rousseau’s citation certainly justi?ed his interest in the ?eld of inequality which was at the centre of his scienti?c preoccupations. It should however be stressed that for Camilo the second part of the citation represented a “solid argument in favor of giving macroeconomic foundations to microeconomic behavior” (Dagum, 2001). More precisely, “individualism and methodological holism complete each other in contributing to the explanation of individual and social behavior” (Dagum, 2001).