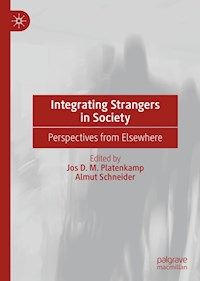 This book provides a uniquely positioned contribution to the current debates on the integration of immigrants in Europe. Twelve social anthropologists—“strangers by vocation”—reflect upon how they were taken in by those they studied over the course of their long-term fieldwork. The societies concerned are Sinti (northern Italy), Inuit (Canadian Arctic), Kanak (New Caledonia), Māori (New Zealand), Lanten (Laos), Tobelo and Tanebar-Evav (Indonesia), Banyoro (Uganda), Gawigl and Siassi (Papua New Guinea) and a township in Odisha (India). A comparative analysis of these reflexive, ethnographic accounts reveals as yet underrepresented, non-European perspectives on the issue of integrating strangers, enabling the reader to identify and reflect upon the uniquely Western ideals and values that currently dominate such discourse.