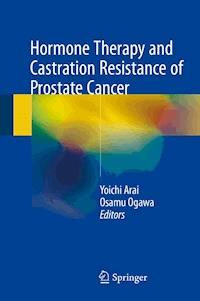 This comprehensive reference expounds the current state of Hormone Therapy and Castration Resistance of Prostate Cancer (PCa). Previously, the incidence of PCa in Asian countries was relatively low, but it has been increasing dramatically in recent years. Although most of the new cases are diagnosed in early stages, a significant proportion of patients receive hormone therapy for metastatic disease or for relapse after local treatment. Thus the situation has gradually changed toward earlier and longer use of hormone therapy. The malignancy finally forms castration-resistant prostate cancer (CRPC) despite the lack of testicular androgen. With advances in understanding of the molecular basis of hormone dependence and CRPC, many new androgen receptor-targeted agents have emerged.

During the last decade, much evidence on hormone therapy has been accumulated in Japan. Interestingly, some of these findings are different from those reported from Western countries, suggesting ethnic variation in the outcome of hormone therapy. In the chapters of this book, expert authors provide exhaustive interpretations of the evidence recently reported from Japan and provide important Asian perspectives on hormone therapy for PCa. This work benefits not only Asian urologists but also their Western counterparts and all physicians and medical personnel who are involved in the treatment of PCa.