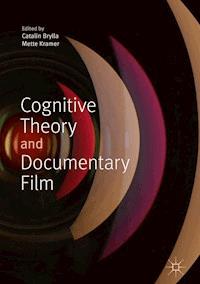 This groundbreaking edited collection is the first major study to explore the intersection between Cognitive Theory and Documentary Film studies, focusing on a variety of formats, such as first-person, wildlife, animated and slow TV documentary, as well as docudrama and web videos. Documentaries play an increasingly significant role in informing our cognitive and emotional understanding of today’s mass-mediated society, and this collection seeks to illuminate their production, exhibition, and reception. Taking an interdisciplinary approach, the essays draw on the latest research in film studies, the neurosciences, cultural studies, cognitive psychology, social psychology, and the philosophy of mind. With a foreword by documentary studies pioneer Bill Nichols and contributions from both theorists and practitioners, this volume firmly demonstrates that cognitive theory represents a valuable tool not only for film scholars but also for filmmakers and practice-led researchers.