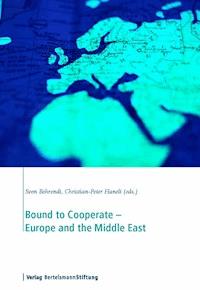 Bound to Cooperate - Europe and the Middle East ebook

Regional integration and the organisation of cross-regional relations have been some of the most prominent features of international relations. By further strengthening the institutions of the European Union, Europe is taking steps to become a capable international actor. Only in few world regions, such as the Middle East, integration has not been a driving force moving political and economic relations. Given these structural imbalances between Europe and the Middle East, but also geographical proximity, economic interdependencies, and shared historical experiences, what interests does Europe pursue in the Middle East? And, if the goal of European policies is to establish stable political, economic and social relations with its neighbouring region, how could inter-regional relations best be organised?