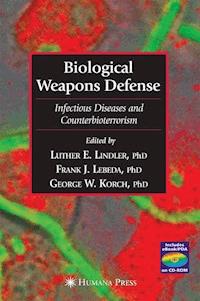 In 2003, the President’s budget for bioterrorism defense totalled more than $5 billion. Today, the nation’s top academic scientists are scrambling to begin work to understand Bacillus anthracis and develop new vaccines and drugs. However, just five years ago, only the US Department of Defense (DOD) seemed concerned about these “exotic” agents. In 1997, the DOD spent approximately $137 million on biodefense to protect the deployed force, while academe, industry, local governments, and most of our federal leadership was oblivious to, and in some cases doubtful of, the seriousness of the threat. The National Institutes of Health (NIH) received the largest budget increase in the organization’s history. Fortunately, during this time of national urgency, a sound base exists on which to build our defenses against this new threat. A relatively small cadre of dedicated scientists within the US Army Medical Research and Materiel Command (USAMRMC) laid this foundation over the past 20 years.