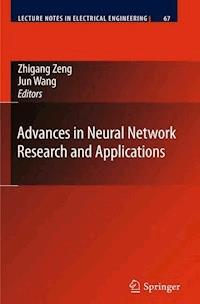 This book is a part of the Proceedings of the Seventh International Symposium on Neural Networks (ISNN 2010), held on June 6-9, 2010 in Shanghai, China. Over the past few years, ISNN has matured into a well-established premier international symposium on neural networks and related fields, with a successful sequence of ISNN series in Dalian (2004), Chongqing (2005), Chengdu (2006), Nanjing (2007), Beijing (2008), and Wuhan (2009). Following the tradition of ISNN series, ISNN 2010 provided a high-level international forum for scientists, engineers, and educators to present the state-of-the-art research in neural networks and related fields, and also discuss the major opportunities and challenges of future neural network research. Over the past decades, the neural network community has witnessed significant breakthroughs and developments from all aspects of neural network research, including theoretical foundations, architectures, and network organizations, modeling and simulation, empirical studies, as well as a wide range of applications across different domains. The recent developments of science and technology, including neuroscience, computer science, cognitive science, nano-technologies and engineering design, among others, has provided significant new understandings and technological solutions to move the neural network research toward the development of complex, large scale, and networked brain-like intelligent systems. This long-term goals can only be achieved with the continuous efforts from the community to seriously investigate various issues on neural networks and related topics.