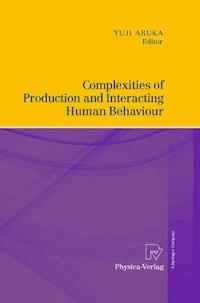 As the real world is rapidly becoming more and more complicated, economists need to venture beyond the boundaries of mainstream economics and integrate philosophical thought and complexity into their analytical frameworks. In this context, this volume brings together papers on economic theory and its related issues, exploring complex production systems and heterogeneously interacting human behavior. The author challenges economists to integrate economic theory and moral science anew by referring to evolutionary economics and socio-econophysics. The three parts of the book focus on the complexities of production and social interaction, the moral science of heterogeneous economic interaction, and the Avatamsaka’s dilemma of the two-person game with only positive spillovers.