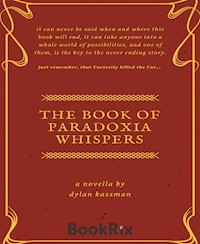 The Book of Paradoxia Whispers ebook

Long ago, in an unknown distant land, a book was written, a book that contained many secrets. That anyone, in any part of the globe, planet or galaxy can read, luring people into it's stories of other lives in other places.It can never be said when and where this book will end, it can take anyone into a whole world of possibilities, and one of them, is the key to the never ending story.Just remember, that Curiosity killed the Cat... 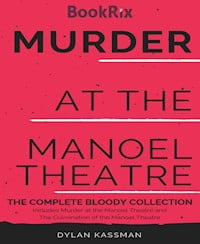 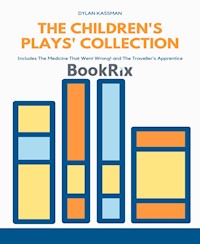 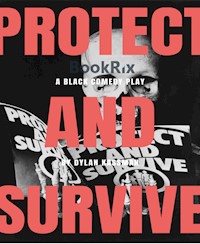 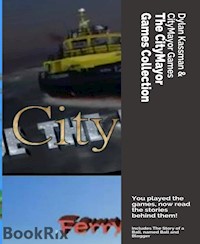 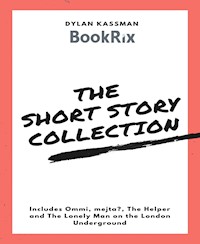 The Book of Paradoxia Whispers

"Reading is much more enjoyable and ten times better then wasting your time watching a film or playing on a piece of modern technology. With those 'belongings' you cannot use your imagination to the fullest, but with reading, you can imagine the most comprehensible world possible!" - Dylan Kassman

"A great book should leave you with many experiences, and slightly exhausted at the end. You live several lives while reading." - William Styron, Conversations with William Styron

Paradoxia I - Part One - Chapter One

"I can never say when and where this book will end. There is a whole world of possibilities, and one of them is the key to the never ending story"

"Why did you get another one?", shouted a middle aged man

"Why are you wasting your time reading this?", the man said

Mabel, a little girl, being corrected by her father

"Well, what have you got to say?", he said as he patiently waited for a reply

What was he asking for? A book? The book! The book from the library!

"I wanted to read it", Mabel said

"A fantasy book?! What is there that is educational and can benefit your education?", he said

"But our teacher told us-"

"I don't care what your teacher said! This is not a factual book. It's a book full of lies!"

"Fiction is full of lies!"

"No but's! You are to return this book back to the librarian and get a proper factual book, not this dribble!", as he said that, he threw the book on the floor and a loud thud shivered across the semi empty house

Mabel is one of those girls who loves reading books, fantasy books to be specific, her recent book, 'Legend of Armier', was the latest best selling fantasy book. Her parents, who run their own business, did not want her to read fictitious books but they wanted her to focus on their dying business by reading books that somehow helped them get into their business. Boring business books, so thick and so bland that even the dead would die again

Poor Mabel blindly obeys her father's order and returns to the library from where she got the book. The now empty library was filled with the latest bestselling books. All to be discovered with just a single membership card. The neatly placed books all ready to go into the hands of people. The smell of the used books slithers along the numerous rows of old wooden oak shelves

As she slowly walks through the library, she sees some people sitting down on the library's wooden desks, reading books and articles. One person stood out from the rest, a man in a red jacket. Very strong red, the type of red only seen from the wounds found on the human skin from people in hospitals. Bloody red stood out, out of all the melancholy colours of the few visitors of the library, this man stood out the most. She finds an empty desk and sits down. She slowly opens the fantasy book and begins to read the very first chapter

Dragons, wizards, ghouls and knights in shining armour all delve into Mabel's imagination. Imagining herself to be the fearless knight battling huge dragons and evil ghouls in the fantasy world of Armier

"Come here", a voice says. She stops reading, stands up and looks around. Her face and body looked like that of a hunter dog hunting for a rabbit to chase and kill. "Come here", that voice again. Mabel is uncertain but starts to look for a face to fit the voice. "Come here", the voice says at now a stronger level. She touches and feels the row of books, all placed in alphabetical order, rows upon rows of books

Mabel slowly starts feeling the book's humped covers, her hand moving up and down with every cover she feels, feeling the hard covers of the library books. "Come here", a certain book says. She stops and wonders. Is it her imagination playing tricks on her? Is she really desperate for another book? She turns her head ever so slightly to see a book, right in front of her. She slightly pulls out this book and reads the cover's title

Paradoxia is written in a bold font. She feels the book's bold title. So thick. She slowly takes out the book from the row of other books on that shelf. The other less interesting books fall. Mabel looks at this book. It's a thick book, it was supporting the other books in line. The thick brown cover holds the undiscovered pages inside. She must have the secrets inside the book of Paradoxia

Mabel in shock turns suddenly, holding the book firmly in her hands

"What's that book you got there? Already finished the other one?"

Mabel stops and thinks of a plausible answer. Should she say a lie? She tries to but spills the truth out instead

"I was reading the fantasy book on that desk over there", Mabel says as she points to the desk with her book left wide open

"Your father told you to bring it back didn't he?", the old librarian said, she knew that Mabel's parents weren't fond of their daughter reading fantasy books and they weren't fond of her either, but she supported Mabel and allowed her to read any book in the library from dawn till dusk

"Okay, carry on then", the librarian said

"And this book spoke to me", upon that remark the librarian let out an elderly laugh and said, "Spoke to you? How can a book speak to you?"

"And what book is this?", she said still laughing. Mabel looks once more at the title of the book and says, "Paradoxia". Upon that word, the librarian froze. Frozen like an icicle. "P... Paradoxia?", she asks. Mabel nods. "Mabel... that book is not good for you..."

"I just said, it's not suitable for you!", as soon as she said that, she reached out and snatched the book away from Mabel and walked away. Very odd behaviour from the calm caring librarian Mabel once knew

Mabel was confused all of a sudden. Why was the book not suitable for her? Was it an adult book? Was it a banned book that wasn't meant to be read by prying eyes or did the book hold something even bigger? She needed to know more. She followed the librarian to her next destination and saw that the old librarian placed the mysterious book in a side cupboard on her desk. There was no way she could obtain that book now, unless...

Mabel had to do the most unquestionable thing possible, break a rule, a serious one even. 'No noise in the library, please!', she saw as she read the sign on every shelf. She breathed in and then out, she then went in front of a medium sized shelf and pushed it, the creaking sound of wood moving and the loud thud of various books falling off the shelf and hitting the floor spread like wildfire. The little amount of people that were in the library at that time as well as the librarian all turned the position of their heads towards the source of the sound. None of the wardens could find the culprit running away from the source of the noise

The Librarian stood up from her desk and ran as fast as her elderly legs could take and went towards the scene of the crime. She could see that the shelf had fallen and books all over the library floor, but she could not find the offender

Mabel in the meantime managed to 'borrow' the thick brown book, even if it was just for a couple of days. She grabbed the book and wondered off back home to read the mysterious Paradoxia

Mabel arrived home. As soon as she opened the front door which lead to a staircase leading to the upstairs bedrooms, to the left, in the living room, her father was sitting down patiently waiting for Mabel to return. Not knowing that her father was waiting for her, she ran upstairs to her bedroom with the book in hand

"Mabel!", her father shouted out. She stops midway through the flight of stairs. She has been caught in the act. She closes her eyes and let's off a sigh

She walks back downstairs with the book placed on top of the flight of stairs. She enters the well lit living room, full of ornaments and decorations

"Did you go to the library?", he asks

Mabel froze in place trying to find a suitable answer

Lie or don't lie? That is what was pulsating in Mabel's mind

"Oh really? Care to explain what that brown book was?"

Mabel's father had very good eyesight, even the tiniest speck of a fallen crumble from a stolen cookie on the table, he will be able to find it. Her mother on the other hand had very good hearing, or was it that she always liked butting into people's conversations. Even the lowest mutter, she would know what you had said. Both animals were bred in captivity

"T... The brown book? What brown book?", she stuttered away. She shouldn't of said that, her father clutched the couch's arm rest so tightly he might break one off or both of them for that matter

"Oh, so my imagination was playing tricks with me was it?"

Silence. Complete silence. The only sound there was, was the tickering tock of the grandfather clock in the corner of the living room. Best place to be...

"Get me that book!", he said with his voice gaining volume

Mabel took a step back, "What book?", she said

A tear started to form from Mabel's blue crystal eyes, "W... What book?"