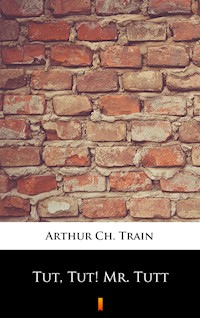 American lawyer and writer, Arthur Cheney Train, also called Arthur Chesney Train, was a prolific author of legal thrillers. His most popular work featured recurring fictional lawyer Mr. Ephraim Tutt who became „the best known lawyer in America,” particularly after the appearance of „Yankee Lawyer”, an immensely popular book that purported to be Tutt’s autobiography. Published in 1923, these short stories take place in the ethnic, racial, social melting pot of early Twentieth-Century New York. More humorous cases starring Ephraim Tutt, a very sharp old lawyer who stands for justice, and his battles with those who don’t. Mr. Tutt’s genial tolerance for the denizens of New York sharply contrasts with the hostility he bears towards the real villains of these stories: the judges and prosecutors who would abrogate justice for the sake of their political ambitions. A must read for fans of mysteries and also lawyers. 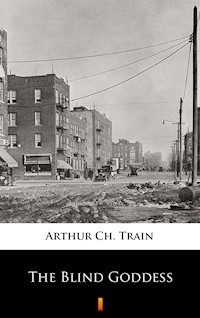 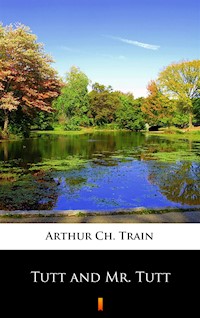 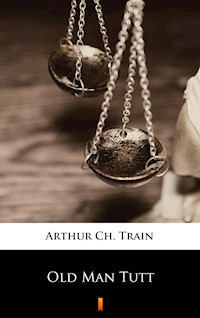 THE LIBERTY OF THE JAIL

THE CLOAK OF ST. MARTIN

“Next!” The dejected file of prisoners beneath the glaring windows stiffened and limped forward. There were twelve of them–the same number as the minor prophets, the apostles, the tribes of Israel and the officers of King Solomon–a bullet-headed negro in a red sweater, charged with vivisection during a crap game, bringing up the rear. The line humped along beside the iron grating like a caterpillar, those behind butting forward those in front, turned the corner by the jury box and disgorged two prisoners before the bar of judgment. It was the first Monday in January–pleading day.

“Next!” repeated Phelan, the court captain, standing inside the rail, to McNamara, his whipper-in. “Lively now!”

McNamara turned to the head of the line.

“You two there! Step up here!”

Mr. Dougherty, the tiny, bald-headed clerk with the big mustaches that made him look like an animated 2 mushroom, picked up the indictments on the top of the blue pile in front of him.

“Patrick Mooney and Daniel Mulligan,” he intoned as if officiating at the high altar of the cathedral, “you are jointly indicted for the crime of burglary in the third degree, grand larceny in the first degree, assault in the first degree, receiving stolen goods and carrying concealed weapons. How say you? Do you plead guilty or not guilty?”

Neither of the two made reply.

“Have you counsel?” sang Dougherty.

“Got a lawyer?” interpreted Captain Phelan.

There was a slight bustle on one of the nearer benches as a heavily built man with sideburns came forward.

“I appear for both defendants, Your Honor,” said he. “They plead not guilty. Will Your Honor set the case down for the twenty-first for trial?”

The judge nodded and made a note, and the stout lawyer turned away, about to resume his seat.

“Next!” shouted Phelan to the world at large. “Next!”

The taller of the two prisoners–a plug-ugly–wheeled from the rail and started on the return trip. The other did not stir. He was a much smaller man, hardly five feet six, and of a different make altogether. He might have been your plumber, or electrician, or the grocer’s clerk who takes your order at the side door; and though his demeanor was more timid than any of these it was, 3 nevertheless, defiant–some spark of courage, or at least resolution, still surviving after his year in Sing Sing.

“Judge–Your Honor,” he said huskily, twisting his cap in his hands–“this man don’t represent me. I haven’t got any lawyer.”

Old Judge Watkins peered down from the dais at him over his reading glasses. He then looked after the retreating attorney.

“How’s this, Mr. Hogan?” he asked. “I thought you said that you appeared for both defendants.”

The attorney paused with a half smile.

“The prisoner Mooney says you do not represent him.”

“They’re indicted together–for the same offense, committed at the same time. The defendant Mulligan’s sister came to my office yesterday and retained me for both of ’em.”

“Judge–Your Honor,” repeated the man at the bar of justice stubbornly, “I don’t know this lawyer and I don’t know this man I’m indicted with. I never saw him before that night. I’m innocent, and I want a separate trial with my own lawyer.”

Captain Phelan hoisted a blue shoulder and grinned at Mr. Dougherty. It was the old game–the ancient grandstand play–of seizing this opportunity to make a vigorous denial of guilt in the presence of the panel of jurors 4 newly assembled in court for a month’s service, in the hope that by so doing one might avoid going on the stand later at one’s trial, and so escape the disagreeable necessity of submitting to cross-examination upon one’s record and earlier history.

“I only got out of prison Saturday, Your Honor,” continued the prisoner Mooney, “after serving fourteen months–with an allowance off for good behavior. I’m in no hurry to get back either, believe me! Sunday night I was walking home, and this here defendant, Mulligan, came along with a bag and began talking to me. Just then a bull jumped out and drew his gun on us. He rapped for his side partner and they yanked us up to headquarters, and when they found out I’d been in stir they said I was due for another bit. Clubbed me, into the bargain! See that lump on my forehead? Then the first cop said he found a gun on me. It’s a plant, judge, I didn’t have one. What would I want with a gun, judge? What I want is a chance to earn an honest living!”

He made his plea doggedly, yet with obvious hopelessness, for he no longer had any faith in “the course of justice.”

Judge Watkins, sent down from Utica by his friend the governor to hold a special criminal trial term and so relieve the congestion in the Tombs Prison, beckoned to Mr. Dougherty, who elevated himself upon his glossy little tiptoes and held a whispered colloquy with His 5 Honor across the edge of the dais. Behind the prisoner on the first row of benches a homely girl in a gray shawl, her broad honest face covered with a screen of freckles, leaned forward hungrily. She had waited for Mooney over a year; she would wait ten more if need be, or until they carried her out in a box feet first. She also had lost all faith in the supposed equality of the law. For Paddy had been railroaded because he had swatted Micky Morrison over in Fagan’s saloon, Micky being heir apparent of the lower East Side, a friend of Bloodhound O’Brien, the assistant district attorney, and honorary colonel of the Pearl Button Kids; while Paddy Mooney was a stationary fireman in an office building, without political affiliations, and not even a member of the union. This he now perceived to have been a grievous lapse, due, however, only to the reason that they had sought to bully him into it, and he wouldn’t be bullied.

Judge Watkins saw the tense look on the girl’s face, and guessed its significance. For an upstate judge he knew a good deal about the Big Burg. There are some people who suppose that after Jerome cleaned up the Red Light District and jailed a few policemen New York became whiter than snow, and has stayed so ever since! Yet wasn’t Boss Tweed nearly sent up after the greatest political house-cleaning ever staged by old Father Knickerbocker? Weren’t the Tammany Tiger’s ribs clearly visible for years? And would it not have died of starvation 6 had it not been for the defeat of John Purroy Mitchel as recently as 1917? Has it changed its stripes? And after all, is a Republican cop–if there be such a thing–any different from a Tammany cop? Is not the nature of cops generic? Just as the nature of prosecutors is generic?

It is said somewhere by Frazer, in “The Golden Bough,” that mankind as a whole resembles the ocean, and that civilization, like the wind of heaven, merely ruffles the surface, leaving the depths untouched. So it is with municipal reforms. You can have torchlight processions galore and political-fusion love feasts and spasms of civic virtue, but cops will remain cops, and crooks will remain crooks, and out of the enmity between their respective seeds will spring all the evils of any sort of warfare–brutality and malign trickery and schrecklichkeit. This hateful contest between human rats and human ferrets rarely fails to contaminate or at any rate to harden most of those who take part in it. For the rat is fighting for life and the ferret is fighting for his living.

The danger to the young lawyer who out of a desire for public service seeks an appointment as an assistant district attorney, is that in the passion of the chase the conviction and punishment of some–to him–obviously guilty criminal may seem more important at the moment than the strict preservation of his own integrity or the unwavering maintenance of the principles of justice. 7 Shall the murderer go free simply because some foolish law prohibits hearsay evidence or the proving of more than one offense at the same time? Should we not praise, rather than condemn, the young enthusiast who is willing to sacrifice his virtue, his ideals, his very soul in order that some ruffian may hang? Should we not pay tribute to one who is willing to be damned for the glory of God?

Judge Watkins looked searchingly around the court room until his eye came to rest in a far corner.

“I will assign Mr. Ephraim Tutt to the case,” said he, and at the summons the old lawyer arose from his seat and, stovepipe hat in hand, approached the bar.

At that moment the door was pushed violently open and Billy the Bloodhound, surrounded by his minions, entered. Ancient enemy faced ancient enemy.