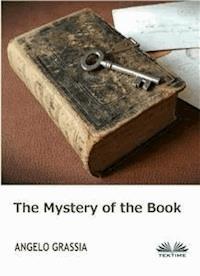 The Mistery Of The Book ebook

The lucky occasion with Sabrina, a beautiful girl known by chance at Gaeta on a hot August day, transforms Paki's life. Thanks to her, Paki goes to a flea market. There he meets a wardrobe who, attracted by his sympathy, decides to give him a typewriter. At first Paki refuses, but given his insistence, he is forced to accept. That book reveals to him a great mystery. As soon as he start reading it, Paki is faced with extraordinary events, events that in a certain sense will change his life. Sometimes in life you are faced with things or facts really inexplicable. 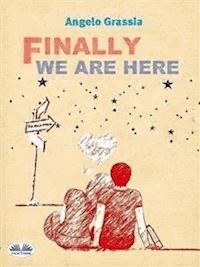 Finally We Are Here
Angelo Grassia 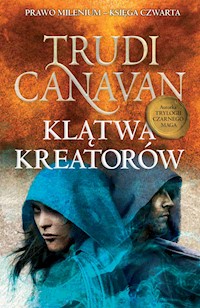 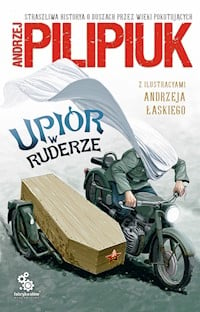 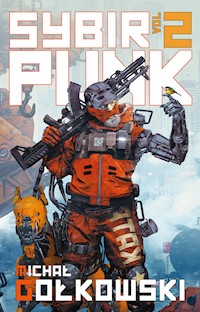 The Mystery of the Book

When that August 9, 2016 in the morning Paki woke up, he did not know yet that it would be a very special day. He had been away from a week, and like every summer for about twenty years he went on holiday to Formia, a beautiful tourist resort in the province of Latina. With his wife and his three children he usually went to the beach after midday. They always went to the "Viareggio lido", located in the beautiful bay of Serapo in Gaeta. Serapo's beach is the main beach of the town, consisting of fine and clear sand, a half kilometer long. It is closed to the south by Monte Orlando and the Shrine of the Spaccata Mountain, and to the north by another slightly lower promontory. This position makes water particularly clear in this area. From the beach it is also possible to admire a special boat-shaped rock, called "Ship of Serapo" rich in marine fauna and flora. That morning, however, Paki decided to do otherwise. In fact, he, who was a little old man, was tired of waiting for the family to get ready to go to the beach, at 8 o'clock went up to his Vespa 50 and he headed alone to Gaeta. He stopped at the Bazzanti bar, a characteristic bar full of tourists in the summer; he sat at a table in the outside veranda of the restaurant and he ordered a croissant and a cappuccino. After completing the co-operation, he pulled out the red Marlboro package of frenzy from his pocket and he began to enjoy his first morning cigar. He was a respectable smoker. Ten years earlier, he had stopped completely because one night he had woken with a pain in the chest: he thought it was a very cold, but his wise and prudent wife did everything to bring him to the first aid station. Paki did not want to go but, given the insistence of his wife, he promised he would go to bed immediately after smoking another cigarette, aware that he would not smoke in the hospital for several days. Doctors diagnosed him an infarct and immediately they underwent him to an angioplasty with a stent, as he had a 99% obstructed artery. He saved himself by miracle. That was simply why he stopped smoking. He did not touch a cigarette for more than six years, then as a stubborn he resumed this bad habit.

He had just turned off the cigarette when his look was attracted by a female figure heading toward a coffee table. She was a middle-aged woman, still pleased: she was wearing a pair of jeans shorts that let glimpse all the beauty of her tanned legs while wearing a striped blouse that left her beautiful and prosperous breast clear; at the feet she carried espadrilles, a backpack bag on her shoulders, and in her right hand the purse to the sea. Paki, curious,  watched the scene for a few minutes, while  she was staggering for too much weight she carried. He followed the woman up to the arrival of the table, he saw that she had moved to sit down and almost exhausted, she had rested on the back, on the right, the backpack, and on the left hand the purse of the sea. Then she turned to the side of the table and sat down. At the same moment, the chair behind her, slipping too much on the bags, slipped away.

Too late, the beautiful lady was already lying on the floor. Paki in a moment reached her and helped her get up. The woman was very amazed by the gallant gesture of Paki and to return, she invited him to sit at the table. Paki gladly accepted the invitation as the beautiful lady, besides charming, proved to be very fond of joking about the incident. The woman said her name was Sabrina and she came from Rome.

Then she added: "I've seen on the Caboto sea-front some booths, is it an antique market?"

"Perhaps," replied Paki, "They did the antique-trade market, of real antique-trade, about twenty years ago, not on the Caboto se-front, but on a small street behind the Sanctuary of the Most Holy Virgin Mary. It is right here behind where is also the Chapel of the Immaculate Conception, the "Golden Cave" where on 8th of December 1854 Pope Pius IX had the idea of proclaiming the homonymous dogma. Then it was nice to walk down that little street where you could really find so many beautiful things. Today, however, you find only crafts and jewelry of various kinds, which is why I do not stop for several years, I prefer other markets. ".

Sabrina looked fascinated. She looked at him with her wide open eyes and the smile printed on her face. It was a mile away that Paki liked to Sabrina, also because Paki despite his advanced age was still an attractive man, with his hairy hair, wide shoulders, well-defined pectorals, and gray hair down on his chest.

Paki noticed the situation and, as he stared at her eyes, he slowly began to pull the faith out of his finger, rested it on the table and began to play. He twisted it like a spit twice, watching the spark that emanated, then filming it and stuffed it again.

He usually used this toy as a pastime, but at that moment, at that moment with his insignificant gesture, he wanted to make Sabrina understand that he was married and never betrayed his wife.

In fact, Sabrina for a moment lowered her eyes and changed her expression, but a second later she was happy and smiling again, as if nothing had happened.

The conversation continued pleasantly for another twenty minutes, full of amazement-like looks and bright smiles from her.

Paki realized that this simple encounter could have turned into something more than a mere friendship, and to avoid the risk of temptation, he looked at the clock and exclaimed, "It was late! Sorry Sabrina, but I just have to go away. "

They greeted, both happy to have had a wonderful encounter caused by a banal caution.

Paki climbed on the Vespa 50, and headed for  Viareggio, for the usual day on the sea. During the journey, he still felt his heart beat forever, a beating that revealed the strong emotion Paki had suffered from the charm of Sabrina. Had he fallen in love? No, but in any case he had been it disturbed. He was thinking of her green eyes from hazel-like edges that had literally flickered him. Women with green eyes are generally considered to be very fascinating, but Sabrina's eyes were something indescribable. Suddenly he remembered a legend he had heard at the school : "The Legend of the Nymphs". It is said that people with green eyes descend from the Nymphs of lakes. The Nymphs were very beautiful female deities and they were the object of every man's desire, enough to look in her eyes and the same happened with Sabrina. It was so intense that he felt that he decided to stop and drink a sip of water.

Paki reached the beach and, like every morning, he lounged under the umbrella, he began reading the various newspapers. By now he had calmed down, the effect of Sabrina was almost vanished: only his lips were ripe, they still felt the desire to savor the sweetness and the scent of Sabrina's fresh and velvety lips. He usually stayed with the family on the beach until seven o'clock, but that day, for too long, he decided to return home earlier; also because he had the desire to lie down on the terrace on his terrace, with a panoramic view over the whole gulf of Gaeta. He liked to see the ferries that were leaving and arriving from Ponza, not only for him it was a show to see the Canadair (those small yellow planes taking water from the sea to extinguish the fires occurring on the nearby mountains). He is having fun as a child watching the planes flying overhead on the roofs of the city, arriving on the mountains, throwing water on the flames, and returning to the sea to take another, continuing until sunset. Sometimes flying on its terrace leave droplets of brackish water that give a little cool.