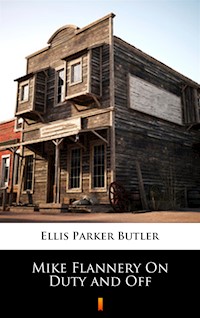 Mike Flannery On Duty and Off ebook

Ellis Parker Butler (1869-1937) was a contemporary of many big names in American fiction straddling the 19th and 20th centuries, but today he’s almost completely forgotten. The selections in „Mike Flannery On Duty and Off” book include three humorous stories, „Just Like a Cat,” „The Three Hundred” and „Fleas Will Be Fleas,” by this American humorist, whose first success, „Pigs is Pigs” (1906), remained his greatest. Nevertheless, the Mike Flannery stories are among his best. „Just Like a Cat” is a story of Mike’s problems when a dead cat arrives at the express office where he works. Mike tries to think of a word to replace „dead” in his report and that sets off a series of problems for him. The further stories of Mike Flannery, a character made famous as the agent of the Interurban Express Company in Butler’s short story, „Pigs is Pigs”. 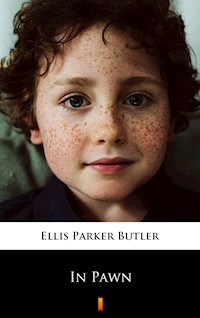 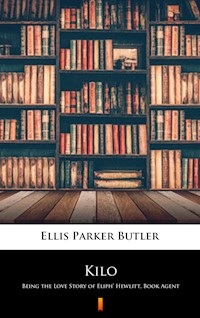 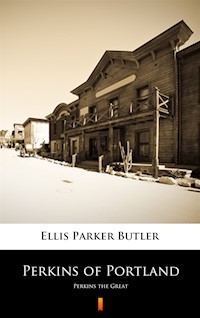 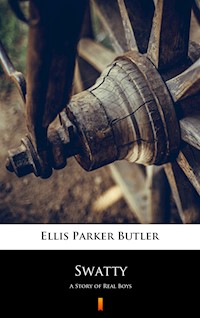 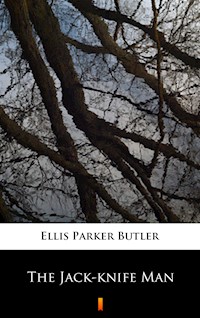 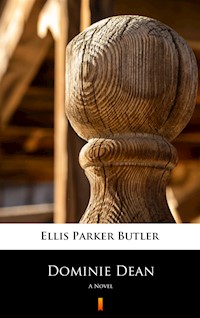 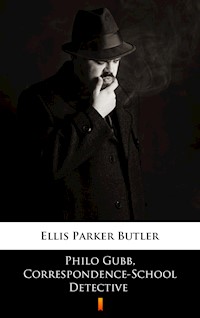 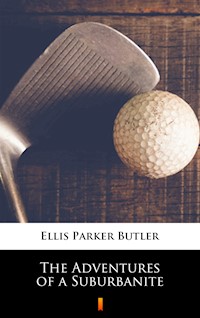 The Adventures of a Suburbanite
Ellis Parker Butler 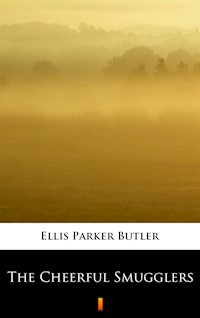 III. FLEAS WILL BE FLEAS

They were doing good work out back of the Westcote express office. The Westcote Land and Improvement Company was ripping the whole top off Seiler’s Hill and dumping it into the swampy meadow, and Mike Flannery liked to sit at the back door of the express office, when there was nothing to do, and watch the endless string of waggons dump the soft clay and sand there. Already the swamp was a vast landscape of small hills and valleys of new, soft soil, and soon it would burst into streets and dwellings. That would mean more work, but Flannery did not care; the company had allowed him a helper already, and Flannery had hopes that by the time the swamp was populated Timmy would be of some use. He doubted it, but he had hopes.

The four-thirty-two train had just pulled in, and Timmy had gone across to meet it with his hand-truck, and now he returned. He came lazily, pulling the cart behind him with one hand. He didn’t seem to care whether he ever got back to the office. Flannery’s quick blood rebelled.

“Is that all th’ faster ye can go?” he shouted. “Make haste! Make haste! ‘Tis an ixpriss company ye are workin’ fer, an’ not a cimitery. T’ look at ye wan w’u’d think ye was nawthin’ but a funeral!”

Flannery stuck out his under jaw, and his eyes blazed. For nothing at all he would have let Timmy have a fist in the side of the head, but what was the use? There are some folks you can’t pound sense into, and Timmy was one of them.

“What have ye got, then?” asked Flannery.

“Nawthin’ but th’ corpse,” said Timmy impudently, and Flannery did do it. He swung his big right hand at the lad, and would have taught him something, but Timmy wasn’t there. He had dodged. Flannery ground his teeth, and bent over the hand-truck. The next moment he straightened up and motioned to Timmy, who had stepped back from him, nearly half a block back.

“Come back,” he said peacefully. “Come on back. This wan time I’ll do nawthin’ to ye. Come on back an’ lift th’ box into th’ office. But th’ next time–”

Timmy came back, grinning. He took the box off the truck, carried it into the office, and set it on the floor. It was not a large box, nor heavy, just a small box with strips nailed across the top, and there was an Angora cat in it. It was a fine, large Angora cat, but it was dead.

Flannery looked at the tag that was nailed on the side of the box. “Ye’d betther git th’ waggon, Timmy,” he said slowly, “an’ proceed with th’ funeral up t’ Missus Warman’s. This be no weather for perishable goods t’ be lyin’ ‘round th’ office. Quick speed is th’ motto av th’ Interurban Ixpriss Company whin th’ weather is eighty-four in th’ shade. An’, Timmy,” he called as the boy moved toward the door, “make no difficulty sh’u’d she insist on receiptin’ fer th’ goods as bein’ damaged. If nicissary take th’ receipt fer ‘Wan long-haired cat, damaged.’ But make haste. ‘Tis in me mind that sh’u’d ye wait too long Missus Warman will not be receivin’ th’ consignment at all. She’s wan av th’ particular kind, Timmy.”

In half an hour Timmy was back. He came into the office lugging the box, and let it drop on the floor with a thud.

Mike Flannery laid his pen on his desk with almost painful slowness and precision. Slowly he slid off his chair, and slowly he picked up his cap and put it on his head. He did not say a word. His brow was drawn into deep wrinkles, and his eyes glittered as he walked up to the box with almost supernaturally stately tread and picked it up. His lips were firmly set as he walked out of the office into the hot sun. Timmy watched him silently.

In less than half an hour Mike Flannery came into the office again, quietly, and set the box silently on the floor. Noiselessly he hung up his cap on the nail above the big calendar back of the counter. He sank into his chair and looked for a long while at the blank wall opposite him.

“An’ t’ think,” he said at last, like one still wrapped in a great blanket of surprise, “t’ think she didn’t swear wan cuss th’ whole time! Thim ladies is wonderful folks! I wonder did she say th’ same t’ ye as she said t’ me, Timmy?”

“Sure she did,” said Timmy, grinning as usual.

“Will ye think of that, now!” said Flannery with admiration. “‘Tis a grand constitution she must be havin’, that lady. Twice in wan afternoon! I wonder could she say th’ same three times? ‘Tis not possible.”

He ran his hand across his forehead and sighed, and his eyes fell on the box. It was still where he had put it, but he seemed surprised to see it there. He had no recollection of anything after Mrs. Warman had begun to talk. He picked up his pen again.

He grinned and ran the end of the pen through his stubble of red hair.

“‘Tis not that wan I was thinkin’ of,” said Flannery, “but that wan will do. ‘Tis a high-soundin’ worrd, deceased.”

He dipped his pen in the ink again.

„–cat is diseased,” he wrote. “Pleas give disposal. Mike Flannery.”

When the New York office of the Interurban Express Company received Flannery’s letter they called up Hibbert & Jones on the telephone. Hibbert & Jones was the big department store, and it was among the Interurban’s best customers. When the Interurban could do it a favour it was policy to do so, and the clerk knew that sending a cat back and forth by rail was not the best thing for the cat, especially if the cat was diseased.

“That cat,” said the manager of the live-animal department of Hibbert & Jones, “was in good health when it left here, absolutely, so far as we know. If it was not it is none of our business. Mrs. Warman came in and picked the cat out from a dozen or more, and paid for it. It is her cat. It doesn’t interest us any more. And another thing: You gave us a receipt for that cat in good order; if it was damaged in transit it is none of our affair, is it?”

“Owner’s risk,” said the Interurban clerk. “You know we only accept live animals for transportation at owner’s risk.”

“That lets us out, then,” said the Hibbert & Jones clerk. “Mrs. Warman is the owner. Ring off, please.”

Westcote is merely a suburb of New York, and mails are frequent, and Mike Flannery found a letter waiting for him when he opened the office the next morning. It was brief. It said:

“Regarding cat, W.B. 23645, this was sent at owner’s risk, and Mrs. Warman seems to be the owner. Cat should be delivered to her. We are writing her from this office, but in case she does not call for it immediately, you will keep it carefully in your office. You had better have a veterinary look at the cat. Feed it regularly.”

Mike Flannery folded the letter slowly and looked down at the cat. “Feed it!” he exclaimed. “I wonder, now, was that a misprint fer fumigate it, fer that is what it will be wantin’ mighty soon, if I know anything about deceased cats. I wonder do thim dudes in New Yorrk be thinkin, th’ long-haired cat is only fainted, mebby? Do they think they see Mike Flannery sittin’ be th’ bedside av th’ cat, fannin’ it t’ bring it back t’ consciousness? Feed it! Niver in me life have I made a specialty av cats, long-haired or short-haired, an’ I do not be pretindin’ t’ be a profissor av cats, but ‘tis me sittled belief that whin a cat is as dead as that wan is it stops eatin’.”

He looked resentfully at the cat in the box.