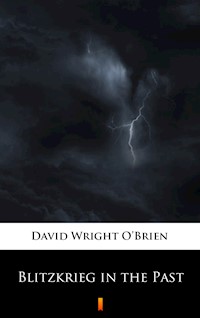 Blitzkrieg in the Past ebook

After a „short, dumpy bald-headed guy in civvies” installs an invention – a time transfer device – in a tank that proceeds into the Georgia wilderness on maneuvers, a lightning bolt send the tank and its three operators backward in time. Shortly afterward they notice a single three-toes dinosaur footprint and disturbingly they hear the bloodthirsty scream of a very strange „bird”. „Blitzkrieg in the Past” is a science fiction from American fantasy and science fiction writer David Wright O’Brien. He had more than fifty-seven stories published in pulp magazines like Amazing Stories and Fantastic Adventures, most of them written under the different pen names. 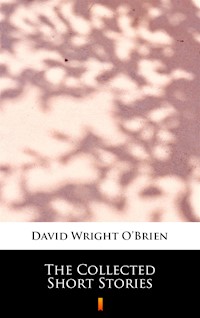 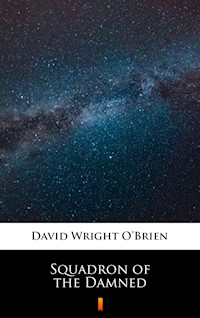 I. AN EXPERIMENTAL JOB

III. CENTURIES INTO THE PAST

VIII. INTO THE JAWS OF DEATH

I. AN EXPERIMENTAL JOB

I REMEMBER that we had just been issued our new uniforms, and that I had just wrestled into mine and was standing back away from the mirror above my bunk getting an eyeful of myself and feeling pretty classy. Classy and proud as hell to belong to an armored division of Uncle Sam’s Army.

At a quick glance the new raiment looked like nothing more than an olive drab suit of coveralls belted at the waist and strapped to the shoe tops. But my division insignia, stitched to the shirt front, with the lightning bolt of crimson flashing through a triangle of blue, was the thing that really gave the outfit class.

If you’ve never met a blitz-baby, a soldier of an armored division, you don’t know anything about the real backbone of this man’s army. ‘Cause whether the public is aware of it or not, we know that the tank corps is the finest, fightingest, classiest branch of the U.S. Armed Forces.

And the U.S. Tank Corps is the finest in the world.

We’ll shove so many tanks at the Nazis and the Japs and the Wops that they’ll wish they never heard of mechanized warfare! It’ll be blitz tactics by the best blitzers in the world.

And right now, the maddest!

So you see where that puts us. You see why you have to excuse the fact that maybe we’re a little cocky, a little clannish, and a little pitying toward the sissies in the infantry, the paratroops, the quartermaster corps, the artillery, and the air corps–just to name a few of the lesser branches of the service.

Hell, all the time you hear statements made to the effect that there is more esprit de corps, more first rate morale in the armored divisions of the United States Army than in any other arm of the service. And if you were one of us, you’d believe it.

So there I was, admiring the new togs and puffing out my chest like I said, when into my barracks trooped Rusty Harrigan and Leeds McAndrews.

Rusty and Leeds are my buddies. We three comprise the unit operating one light tank. Rusty is the gunner–and what an eye he has–and Leeds is the guy in the tower who kicks the hell out of my skull while signaling me to turn this way and that.

“Well, well, well,” Rusty said most sarcastically, catching sight of my preening. “You gonna pose for one of them covers on a picture magazine?”

Rusty is red headed, Irish, freckled and sharp tongued with his wit. He stands five six in his sox, and has a pair of shoulders that would look large on a guy twice his size.

Rusty also has big, red-knuckled mitts. Hanging loose at his sides they look like twin bunches of crimson bananas. But, baby, those mitts can caress a motor like a super-skilled surgeon. And they can trigger a machine gun the way I hear Billy the Kid used to twirl a six-shooter.

“So what?” I snapped. “I think they look plenty classy, these new togs.”

Leeds McAndrews came in with that mild, drawly voice of his.

LEEDS is tall and thin. His hair is black and frames a long, somber, studious pan. If you’d put horn-rimmed specs on his nose, he’d look like an elongated edition of Harold Lloyd back in the days of silent pics. Some day he’ll be a brass hat, and one of the best damned tank tactic strategists. There’s nothing he doesn’t know that he can’t learn if you give him five minutes to concentrate.

I grinned: “You said it, Leeds. Hell, four days ago some floozie was wandering around camp looking the place over, and she stops me to ask if we’re part of the coast artillery. Imagine!”

“And if she sees you in this new Government Issue field uniform and shock proof headgear, she’ll want to know if you’re first string on the football team,” Rusty said.

But I noticed he’d donned the new issue, and that his barrel chest was puffed out a mile.

“What did you come in here for?” I asked. “Fashion parade?”

Rusty grinned. “I just wanted to tell you that you and me and Leeds are gonna get a chance to get this new issue gear all nasty dirty this afternoon.”

“What?” I yelped. We were all slated for town tour that afternoon.

“It’s the truth, Burt,” Leeds broke in. “Special orders. Our unit has been assigned to test duties this afternoon. We’re to report to Major Hobart right after noon chow.”

I sat down on my bunk.

“So did I,” Rusty echoed. “A little southern peach. Boy what a figure!”

Leeds grinned widely. “Thank God I was going to wait and take my chances.”

Rusty scowled angrily. “Why in hell can’t they get another tank besides ours?”

“Yahh,” said Rusty. “We’re the top tank team. And what do we get for it? Time off? Medals? Yahh!” He slumped down bitterly on the bunk next to mine.

“There’ll be a gold star on your report card, Junior,” I ribbed him, “if you just be patient.”

“Sometimes,” Rusty said morosely, looking at the ceiling, “I think my insides must be shook up like a milkshake, or a Tom Collins.”

“With you it’d be more like a Tom Collins,” Leeds predicted.

“The needle’s stuck in that record,” I cut in. “Someone turn it over.”

Rusty glared at me. “What I mean,” he said fiercely, “is why did I ever get in this outfit anyway?” He shook his head. “Sometimes I think I was crazy to join.”

“Why don’t you ask for a transfer?” I asked. “There ought to be some lace and lovely branch of the service that could use you.”

“Are you crazy? Do I look like a walking soldier?” He demanded. “And besides, what’d happen to our armored division if I quit?”

“That’s right, Rusty,” Leeds McAndrews said dryly. “You wait until they can find a man good enough to replace you.”

“Hah!” Rusty snorted. “I should wait that long!”

It’s like that in the armored divisions. Beef, beef, beef. But just offer any one of them a chance to transfer to another branch of the service, and run, mister, run.

Leeds turned away. “Think I’ll get back to my barracks,” he said. “I want to do some reading.” He left.

“That would be impossible, Rusty,” I told him. “Impossible for one man in a thousand lifetimes.”

Rusty considered this silently. A great man on a motor, a genius with a gun, Rusty.

“That’s a lotta books,” he said at last.

I nodded soberly. “That’s it exactly.” I rose, stretching and yawning. Rusty looked up at me.

“Where you going?” he asked.

“Think I’ll wander over to the canteen,” I said. “Want to pick up a magazine that’s out today.”

Rusty nodded, leaned back and closed his eyes...

LEEDS and Rusty and I met outside the door of Old Blue Bolt–he’s Major Hobart, commanding officer of our Tank Unit–shortly after noon mess.

“Did you call your southern peach and cancel this afternoon’s engagement?” Leeds asked.

Rusty snapped his fingers. “Cripes! I knew there was something I forgot!”

I grinned, and Leed’s somber eyes twinkled. We had something to keep Rusty sweating about all afternoon now.

And then the door of the office opened and Old Blue Bolt himself stood there, looking at us with those steely blue eyes of his. He was a rugged, carved out of rock-ish old duck. Former cavalry officer with Teddy Roosevelt at San Juan, he’d won his comish in the Spanish War while still a punk of eighteen. In the World War I, he’d seen action as a Captain in charge of the first tank units of the A.E.F.

His voice was hard, and the words came from him like bits of shrapnel exploding at you.

We’d all gone ramrod to attention. And now I saluted.

“At ease,” Old Blue Bolt snapped. “Come inside with me.”

We entered his office, and he waved us to chairs as he stepped to his desk and pulled several operations maps from his desk. Then he turned back to us, papers in hand.

“I’ve picked you men for an experimental job this afternoon,” he said, “because of your record. Your task won’t be difficult, and will consist merely of a routine tank reconnaissance operation– over terrain which we have mapped here.”

Old Blue Bolt handed the operational maps to me, and I glanced at them briefly.

“Mechanics are already installing the device you are to take along with you in the M-3 tank I want you to use,” he went on. “You needn’t be too concerned with its operation–that’s more a matter for our testing engineers.”

“A rather startling development in tank radio communication,” Old Blue Bolt answered. “If it works.” He paused. “However, your job today will not, to repeat, concern operation. We’re merely installing the mechanism, turning it on full power, and seeing how it stands up under the actual physical thumping around it will get from standard tank reconnaissance such as you will go through today.”