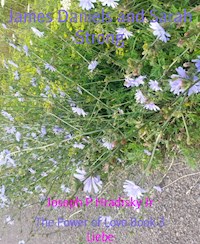 The power of love is stronger than all the negativity of a black hole.   This is book 3 in a series of books based on the idea fate has a way of bringing those together as it was intended. Even the way, or false fronts, of the frail human body cannot stop or disuade what the heart wants most - love. 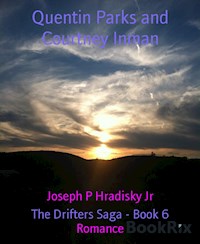 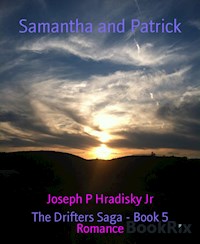 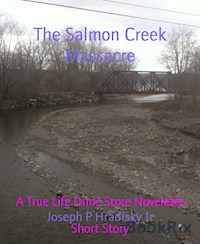 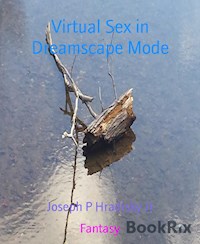 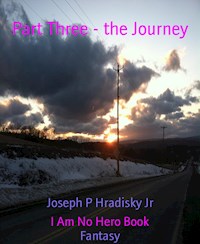 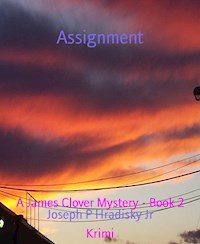 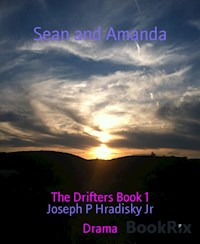 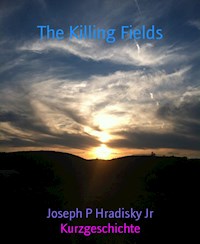 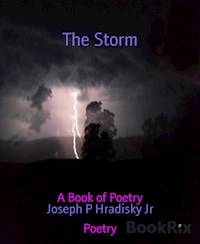 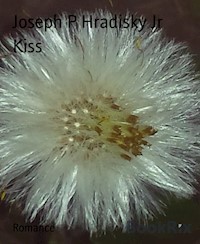 The Power of Love Book 3

This book is dedicated to my wonderful wife, Terri, and for all those who believe true love is not only possible but will always happenBookRix GmbH & Co. KG80331 Munich

The Power of Love Book 3

This book is dedicated to my wonderful wife, Terri, and for all those who believe true love is not only possible but will always happen

The characters in this book are fictitious, they do not represent any person living or dead.

The name of the places are real.

This is the property of Joseph P Hradisky Jr, all rights reserved.

There was no warning. No sound. Nothing. Her mind was preoccupied with her schedule for tomorrow. Her ears with the music playing through the headset. Her eyes only saw the brief glimpses of the stars above the lighted streets.

Then the pain came. A large something slammed into her from behind. Hard enough to send her to the ground but not enough to knock her out. It would have been better if she had been knocked out. As it was the initial pain was just the beginning.

A strong arm easily lifted her off the ground. He was the first. The one who had body slammed her. He wasn’t alone. Four more men stood around him. The Ape, as it was her first thought about the man, grabbed hold of her shirt front and tore it off her. So easy it was like tearing wrapping paper. Not only the shirt but the bra as well. Her mind had trouble with this thought. She had lots of problems with putting a bra on much less taking it off. There were times when she thought the thing had a mind of it’s own. Apparently not now.

The rest of her clothes soon followed. The ape didn’t move, nor did the other four, so this meant there had to be a fifth behind her. This scared her more than the others. Not knowing. Not seeing. An unknown with no way to see how dangerous the man was. The real problem, which she soon found out, was the idea it was a man.

As the ape held her off the ground a pair of hands came around to grab hold of her breasts. Sarah screamed. Loudly. The ape laughed but did not cover her mouth. This terrified Sarah beyond anything she had ever been before. The hands, which looked feminine, mauled her breasts. Then pinched her nipples very, very, hard. This made her scream even louder. As the scream echoed down the street she heard a soft laugh from behind her. This definitely sounded like a woman but there still was a chance it could have been an effeminate man.

She didn’t have to wait long as the hands were replaced by a mouth. A woman’s mouth. Sarah’s first impression was the woman was not bad looking to be doing something like this. So why was she?

This was a fleeting thought as one man disappeared behind her. Nor did she have to think about what he was going to do. This man grabbed her waist, pulled her toward him, then spread her ass cheeks. Suddenly he was inside her. Violently. The friction, from no lube, was worse than the initial entry. Sarah tried to break free, but the ape had little trouble holding her. The woman was still attacking her breasts as another man joined her on the other one. A fourth man had the ape lower her down, so he could grab her head. With a tight grip on her hair the man shoved himself into her mouth. Just slightly less brutal as the one behind her. She thought about biting down but found the way he was holding her head it was almost impossible.

Sarah thought about her not being able to scream but she already could tell it wouldn’t make any difference. After all her earlier screams there was no one responding to help her. Why? Could there be more, of this gang, who were making sure nobody interfered with their raping her? She also thought about trying to faint but knew this would not be possible. She had never fainted before in her life.

A sudden grunt, from behind her, as the man slammed tightly into her screamed with panic he was pumping his poison into her body. This man pulled out to be replaced by another one. Before this one could start the woman bent down to suck on her opening. No matter how much of the poison she sucked out it wouldn’t be enough. Not even close. When the woman was finished another man slammed into her.

She couldn’t keep her attention on him as the man, in her mouth, sent more poison into her mouth. Sarah started to choke it out, but the man held her head up until she had to swallow. The vile liquid rushed down her throat. No sooner had he pulled out then he was replaced. This time not by a man, or at least yet, but by the woman’s breast. This she shoved as far as she could into her mouth. Tight enough so she could not breath anymore. Sarah was overjoyed, for a moment, over this because she might pass out. Leaving all the pain, humiliation, behind her. The chances of living through this was already slim. So once she was out she would not have to know the rest of what they were going to do.

But she didn’t lose consciousness. The woman pulled her breast away, for a moment, then slammed the other one into her mouth. With this one she pumped it like the man before her had done. This didn’t last for much longer as another man grabbed the woman. Yanked her away from Sarah’s mouth so he could slam himself into her. This one was worse than the other man. She could taste the unwashed, urine covered, member. The taste was vile but what he did next was even worse. First this man pissed into her mouth before he shot his load deeply into her. He shoved his member so far in she almost choked on it. It sucked she did not. It might have been so much better if she had. Maybe not.

This thought ran away quickly as the man behind her shot off. Again deeply into her. She could feel the hot, poison, filling her. Sarah tried again to get away but, yet again, she never had a chance. None. This helplessness frustrated her the most.

When this one pulled out Sarah saw the ape let go of her head. He then moved behind her, grabbed her by the waist, and then…

Sarah’s mind screamed no. There was no way he was going to do what she felt him getting ready to do.

…the ape slammed himself into her brown opening. All the way in on the initial thrust. This should have been the worst, like the other two, but it was not. The ape pulled out slowly just to slam back in harder than before. To her shock it kept getting harder with each time he rammed her. Then Sarah could feel something hot, and wet, running down from her rear opening. She didn’t have to guess as to what this was. Blood. There was no doubting it.

Sarah didn’t have a chance to pay attention to the ape anymore. Once again her head was grabbed, by the hair, to be pulled downward. Two men were doing this. She didn’t know why until her eyes saw where they were forcing her mouth. The woman was lying on the ground now. Her legs were wide spread. Closer, and closer, Sarah came to her fur covered opening. Then they shoved her mouth onto it. She tried to fight this more than the men. More than she had with the ape holding her, by the head, off the ground.

The biggest reason for her trying to get away so hard was the stench. She had the proverbial fish smell. In this case dead fish. A whole lot of dead fish left out in the sun on a hundred degree day. Sarah had never smelled anything as bad as this in her life. Not even a rotting, dead, mouse smelled this bad. Her whole body wanted to get away from this. The more she tried the more the two men shoved her face into it.

And the ape was still pounding her. Sarah could feel more blood running down her legs. But lost track of this as the ape pulled himself out. She had not felt him shoot off so what was he going to do. Then she did know. The ape slammed himself into her opening. Just as hard as he had done with the ass. This caused her to panic more. For she knew the stuff he had on him from the other opening, combined with her blood, was now going into a place which got infected with very little normal reasons. If she lived this would make her sick like never before.

Sarah, finally, had her face pulled off the woman to be replaced by another man. As she felt him pumping her mouth she could hear the unmistakable sound the ape was getting close to getting off. Then there was another sound. A weird sound. Like a man was screaming in pain. Lots of pain.