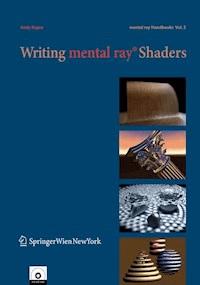 An increasing number of artists and programmers in visual effects and broadcast production now use mental ray, a high performance rendering engine for generating photorealistic images. This book details the aesthetics of rendering with mental ray. It describes the varieties of shader programming from the point of view of increasing perceptual complexity: from color to the output of the final image. It includes many example shaders, including the simplest shader possible in each category that can serve as a starting point for further customization.