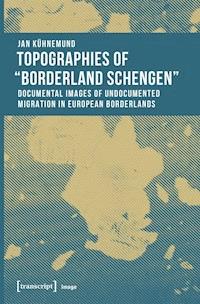 Analysing recent documentary films dealing with undocumented migration at the Schengen Area's fringes and against the backdrop of what has been termed the `European refugee crisis', Jan Kühnemund investigates the interface between migration discourses and image discourses. As an analytical framework, he conceptualises `Borderland Schengen' as a visual-political transnational space emerging from the interplay of migration movements and border policies. Putting the spaces and iconologies of `illegal' migration under scrutiny and aiming at establishing their protagonists as subjects, Kühnemund in this regard reads the films as attempts at discursive participation as an aesthetic political practice.