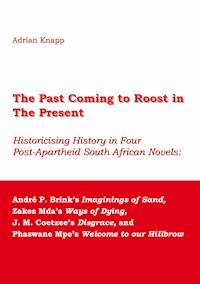 The Past Coming to Roost in the Present ebook

Since the final demise of apartheid in 1994, South Africa has undergone dramatic changes in the political, social, and economic sphere. It is not surprising that these changes have also resulted in contentious reassessments of recent history. Many contemporary South African writers have taken up the challenge and created works offering new ways of critically re-imagining the country’s violent past. While André P. Brink’s Imaginings of Sand and Zakes Mda’s Ways of Dying constitute renegotiations of the past during the period of transition, J. M. Coetzee’s Disgrace and Phaswane Mpe’s Welcome to our Hillbrow represent deliberations of a past that has been hampered in its change by a flawed transition. Just as history can never be taken at face value and never constitutes a finite, all-inclusive narration of the past, the 'historical accounts' provided in these texts often present a one-sided picture of history when only considered on their representational level. On the metafictional level, however, these texts often put such 'misreadings' into perspective and, in doing so, open up an otherwise monochrome reflection of South Africa’s rainbow.