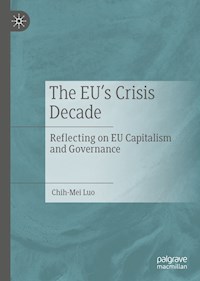 This book aims to provide an analysis of The EU’s Crisis Decade—from the euro crisis to the populist right parties’ resurgence and Brexit. The EU has encountered a series of crises since 2008 when the Greek sovereign debt crisis first broke out and brought forth the euro crisis. This was soon followed by the rise of anti-EU populist right parties, culminating in their unprecedented victory in the 2014 European Parliament Elections. The most unexpected shock, however, was the Brexit result of the UK's EU referendum in 2016. Providing a valuable external perspective on these events grounded in the realities of the Asian boom, this book will be of value to scholars, policymakers, and economists.