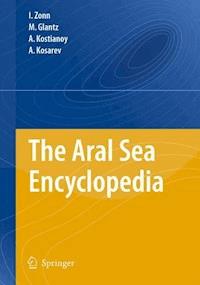 The ‘‘Aral Sea Encyclopedia’’ is the first one in the new series of encyclopedias about the seas of the former Soviet Union. Preparing it we faced certain difficulties. The thing is that this encyclopedia is a monument to the sea that is disappearing during our lifetime. The world community considers the situation with the Aral Sea and all changes that occurred in its whereabouts in the recent decades as one of the most serious, if not disastrous anthropogenic environmental crises of the 20th century. Before 1960, this was a water-abundant sea-lake that was fourth among world lakes after the Caspian Sea (USSR, Iran), the Great Lakes (USA, Canada) and Victoria Lake (Africa). This was a real ‘‘pearl’’ among the sands of the largest deserts, the Karakums and the Kyzylkums. Navigation between the sea ports Muinak and Aralsk and fisheries famous for the Aral breams, barbells, sturgeons, shemaya, and others were developed here. One could find beautiful recreational zones and beaches here. The deltas of the Amudarya, the major river of Central Asia, and the Syrdarya bringing their waters into the Aral Sea were famous for their biodiversity, fishery, muskrat rearing, reed prod- tion. The local population found occupations related to the water infrastructure.