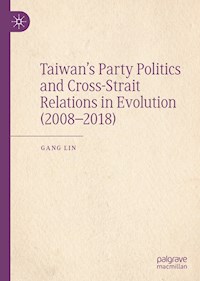 This book explores the dynamics of party politics in Taiwan and cross-Strait relations over the past decade. While power transfer from the pro-independence Democratic Progressive Party (DPP) back to the pro-status quo Chinese Nationalist Party (Kuomintang, KMT) in 2008 ushered a great leap of cross-Strait relations in the following years, the DPP’s coming back to power in 2016 has reversed the trend and brought back a cold peace between the two sides of the Taiwan Strait featuring the period of the Chen Shui-bian administration. Social cleavage and partisan confrontation on the island have justified Beijing’s strategy of selective engagement with the two main parties within Taiwan. The state of cross-Strait relations, therefore, has become a by-product of volatile party politics on the island. As speculation about Taiwan's future mounts, this book will interest scholars, China-watchers, and policymakers.