The must-read summary of Kitty Kelley's book: “The Family: The Real Story of the Bush Dynasty”.This complete summary of "The Family" by Kitty Kelley, a prominent biography writer, presents her revelation of the story of the Bush family, who managed to claim the nation's highest office while enriching themselves and their benefactors.Added-value of this summary:• Save time• Understand the Bush family's rise to power and its implications• Expand your knowledge of American politics and historyTo learn more, read "The Family" and discover the motivations of one of America's most powerful political families. 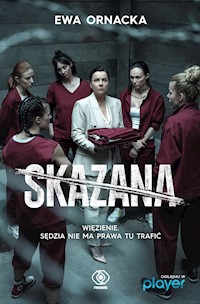 Organized in an epoch fashion, The Family charts milestones as they impacted the Bush family’s best known members. It follows the Bush and Walker families primarily as they work their way from Ohio to Connecticut, to Texas and on to the White House gathering wealth and notoriety along the way.

In Kelley’s portrayal, few members of the Bush family demonstrate any real intellectual fire. Only their cunning, their charm, their social skills and Herbert Walker’s bankroll succeed in making them real players in the large stage of world finance and politics. This is the story of how a group of people undistinguished, except by birth into a certain class, managed to claim the nation’s highest office while enriching themselves and their benefactors and maintaining one unshakeable conviction that such was their due.

Written in a narrative style both prolix and dense, Kelley’s massive book documents the facts surrounding many rumors and events the Bush family has relentlessly tried to conceal. These findings reveal a family vastly different - in manner, character and beliefs - than its portrayal to the public.

Kitty Kelly is the bestselling author of several biographies including Jackie Oh!; Nancy Reagan: The Unauthorized Biography and The Royals. Kelley received the Outstanding Author Award from the American Society of Journalists and Authors, the Phillip M. Stern Award and the Medal of Merit from the Lotos Club of New York.

Summary of The Family (Kitty Kelley)

Of all the people profiled by Kitty Kelley, she says the Bushes were the most difficult. The amount of trepidation she encountered in writing the book was unprecedented, but perhaps that’s what comes from writing about a sitting President whose family has a long reach. Many sources were reluctant to tell their stories on the record and Kelley reluctantly had to agree to keep some sources unnamed. Many people who know the Bushes - friends, former employees, classmates, business associates, and even a few family members - were skittish about speaking for attribution. Many of these individuals truly feared the consequences that would be brought upon them by the Bush family.

Despite the Bushes efforts to keep everything hidden, Kelley uncovered facts that were harder for her to believe than her suppositions. It is Kelley’s hope that her revelations will lead readers to the essential truths that motivate, explain and define the Bush family as he American political dynasty responsible for the many changes America has undergone in recent history.

By 1908, Flora Sheldon Bush and her beloved husband, Samuel Prescott Bush had been married for 14 years. Their oldest son, Prescott Sheldon Bush, was going off to St. George’s School and then on to Yale. The exclusive St. George’s (founded in 1896) cost $850 a year. There were 15 masters at the school and only 125 boys. Superb academically, St. George’s was where the rich made their first connections to others of power and affluence.

Prescott got so much more than an education at St. George’s and then Yale University. It was at Yale where he met his future boss, Walter Simmons, and garnered his first job. It gave him the “Skull and Bones” connections that he would later use to embark upon the investment banking business. “Skull and Bones” has been called “the most powerful secret society the United States has ever known.” Formed in 1832 by William H. Russell, “Skull and Bones” was an effort to create a new world order that would place the best and brightest at the helm of society. Only 15 members of each junior class were admitted to the prestigious group. They swear lifetime secrecy about the society’s rituals and commit themselves to helping each other scale life’s summits. Prescott, like so many other Yale men, also joined the National Guard and was pressed into service in 1917.

The Money Man’s Daughter and His Most Successful Son

David Davis Walker was the father of George Herbert Walker, one of the key players in the Bush saga. D.D. Walker, one of only 7,300 millionaires in the United States in 1914, was known for his wealth and his strongly held opinions, which he felt no compunction about sharing. Instead of serving in the Union Army, D.D. Walker, according to his family, paid someone to serve in the Army for him. While his proxy served, D.D. co-founded Ely, Walker and Company, the largest wholesaler of dry goods west of the Mississippi.

D.D. Walker ruled his sons and the rest of his world with an iron fist. He sent George Herbert Walker (Bert) to England for boarding school in the hopes that Bert would become a priest. He forbade Bert to marry outside of their Catholic faith and he boycotted the Union Pacific Railroad because E.H. Harriman “was hogging all of the railroads in the country.”

George Herbert Walker rebelled by marrying a Presbyterian and permitting his son, George Herbert Walker Jr., to go into business with E.H. Harriman, abandoning his grandfather’s dry goods empire and eclipsing his father’s success in the process. Bert parlayed a remarkable facility with numbers into a fortune with stocks. Using his fast math skills, Bert was unexcelled at short-selling, split-stock arbitrage and margin buying on the safe side of the margin. Bert founded his own brokerage, G.H. Walker. Using the connections he had acquired, he made his fortune in stocks before insider trading was outlawed.

In the spring of 1919, one of Bert’s daughters, Dorothy, met Prescott S. Bush. Within a year, Prescott proposed. Bert accepted the proposal for his daughter.