The must-read summary of Robert J. Serling's book: "Legend & Legacy: The Story of Boeing and Its People".

This complete summary of the ideas from Robert J. Serling's book "Legend & Legacy" charts the fascinating journey of Boeing, highlighting successes, near-disasters, and strategic wins. In his book, the author explains how Boeing took risks at crucial times, such as into the commercial airline business, and in the late twentieth century with the 747. Even its own pilots took risks: they sold new models on the back of daring demonstrations. However, it was these risks that paid off and led to its ultimate success. This summary provides a valuable insight into the innovation, courage and mistakes that led to Boeing becoming a multi-billion dollar success.

Added-value of this summary:
• Save time
• Understand key concepts
• Expand your knowledge

To learn more, read "Legend & Legacy" and discover the compelling and inspiring tale behind Boeing. 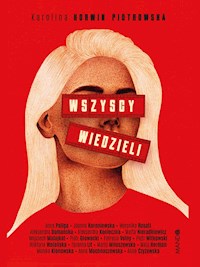 6. Missiles, Aerospace and the Moon

12. Looking To The Future

The founder of the aircraft company which would bear his name was William Edward Boeing, born on 1 October 1881 in Detroit, Michigan. His father was very wealthy from a timber and iron ore project, so Boeing was sent away to a private school in Switzerland and then to Yale to study engineering. While in his first year at Yale, his father died and Boeing’s mother remarried. Unfortunately, William didn’t get along with his new stepfather so he decided to move to the other side of the United States to be as far away as possible. Therefore, Boeing set up a lumber business near Seattle in the Pacific Northwest section of the United States.

Boeing set up his new business in 1903, the same year that the Wright brothers made aviation history at Kitty Hawk, North Carolina. However, Boeing didn’t see an airplane until the 1910 Los Angeles air show. He took his first ride with a barnstormer in 1915, along with a friend, Conrad Westervelt, a young Navy officer.

Boeing and Westervelt loved flying, but were not impressed with the Curtiss seaplane. In fact, they felt together they could build a better airplane, so they purchased a Martin seaplane and began building their own. Boeing was the financier and test pilot, Westervelt designed the new plane and they hired Herb Munter as a mechanic and pilot.

When Westervelt transferred back east with the Navy, Boeing hired an engineer to keep working on improving the design of their plane. On 15 July 1916, William Boeing incorporated the Pacific Aero Products Company, with himself as President, his cousin as Vice-President and a friend as Secretary.

Fortunately, the new company was formed just as America entered World War I, and the Navy tested his new seaplane. They thought it was adequate and ordered 50 as trainers, awarding Pacific Aero Products a $575,000 contract. Boeing was in the aviation business for real now.

Boeing hired staff, changed the name of the company to the Boeing Airplane Company and set up a manufacturing operation. Soon he had 100 workers and an office staff of 10 people. Things looked even brighter when he won a second contract to build 50 Curtiss flying boats under contract.

With the end of the war in 1918, however, all airplane contracts were canceled, and Boeing was forced to lay off most of his staff. In fact, the only sales made in 1919 were to Boeing’s first international customer - the New Zealand Government. They purchased two seaplanes to form the National Airways Corporation - the forerunner of the airline that would eventually become Air New Zealand. The seaplanes were also used to develop an airmail service around New Zealand. (Today these planes would be extremely valuable as collector items, but they were destroyed in 1924 when used as artillery targets for the New Zealand Army).

Meanwhile, Boeing had to lend his aircraft company $30,000 to meet the payroll. He also raised additional working capital for the company by issuing new stock, most of which he had to buy himself. To keep the factory workers busy, Boeing began turning out furniture: dressers, dressing tables, night stands and beds. He also started making speedboats.

Just when it looked like the Boeing Aircraft Company would have to close the doors in late 1920, General Billy Mitchell began clamoring for an Air Force, separate from the U.S. Army, to be established. Gen. Mitchell suggested heavy bombers should be the mainstay of the Air Force, and Boeing won a contract to construct 20 bombers using a U.S. Army design. Boeing Airplane Company won this contract because planes at that time were mainly built of spruce, and William Boeing owned a lot of timberland.

The Army bombers turned out to be grossly overweight, slow and clumsy, featuring a cockpit with small windows which made pilot visibility the equivalent of trying to see out of a closed phone booth. However, the bomber contract was followed by a contract to manufacture 200 fighters, and Boeing was finally able to get out of the furniture business and concentrate on airplanes. 1921 was looking promising.

While assembling the fighters, Boeing’s designers decided they could build a better fighter themselves. They set to and developed the PW-9 - a biplane with a steel-welded tube fuselage. Eventually, the Army ended up ordering 30 PW-9s. Even though these planes still had fabric-covered wings with wood spars and ribs, they gained a reputation for being able to take incredible punishment.

“One thing that all Boeing biplane fighter series had in common,” wrote Frank Tallman of movie stunt fame, “was that they were all built like a certain brick edifice and the pilots took advantage of the planes near-indestructibility in flight and outstanding performance to practice maneuvers unknown to the earlier generation of pilots.”

Boeing’s proudest and longest serving tradition would later come to be based on a reputation for building airplanes that could take incredible punishment and still keep flying.