This complete summary of the ideas from Donald T. Phillips' book "Lincoln on Leadership" analyzes Abraham Lincoln's leadership style, his character, his communication techniques and how he moved the country forward. In his book, the author explains how Lincoln was a master of creating consensus and inspiring others. His preferred method was to suggest a course of action, generally through humorous stories with strong morals, and then empower people to use their own initiative. This summary reveals the leadership secrets of Abraham Lincoln, all of which you can learn and apply to your own leadership style.

Added-value of this summary:
• Save time
• Understand key concepts
• Expand your leadership skills

To learn more, read "Lincoln on Leadership" and find out how you can learn from the greatest leader and start getting the best out of people. 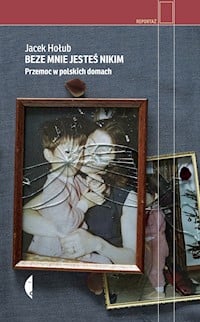 Abraham Lincoln is consistently rated as the greatest President the United States has ever produced. Despite the fact that it is more than 125 years since his death, his example still motivates and inspires people all around the world.

The one trait that most people generally admire about Lincoln is that he was a great leader. The fact that he held the United States of America together during a bitter Civil War speaks volumes for his abilities as a leader. The principles of leadership which Lincoln practiced allowed him to arise out of that great crisis and set new standards for the heights any leader may aspire to.

Even by modern standards, Lincoln’s accomplishments are impressive. One could do worse than to try and emulate such an excellent example of the power of leadership.

Abraham Lincoln was the 16th President of the United States of America, about 72-years after George Washington was appointed as the first President.

Ten days before President Lincoln took office in March 1861, seven states seceded from the United States and formed the Confederate States of America, with Jefferson Davis sworn in as their President. The Confederate States claimed all federal agencies, properties and arsenals within their territory.

Lincoln was viewed by his own advisors at the time of his election as being no more than a second-rate country lawyer with scant leadership experience and absolutely no idea on how things were done in Washington. Most of the people who accepted office in Lincoln’s cabinet considered him to be a figurehead they would be able to manipulate to suit their own personal agendas.

To make matters worse, Lincoln was assuming executive control of the nation’s armed forces just at the very moment civil war was about to break out. Lincoln had no military experience, had never been tested in the heat of battle and seemed totally ill equipped for running an army.

Yet despite all these obstacles, Abraham Lincoln managed to exert such leadership that he held an entire nation together in its most perilous hour. In addition, Lincoln expanded the office of the President of the United States to such an authoritative pinnacle that today the person who holds this elected office is widely considered to be the most powerful person in the world.

In essence, Lincoln’s accomplishments were based solely on his style of leadership and personal philosophy. Today, more than 130 years after he held office, Abraham Lincoln is still considered to be the greatest leader the United States has ever known. Many Americans would even argue he is the best leader the world has ever produced.

Abraham Lincoln instinctively knew how to lead, and these are the principles and lessons his leadership taught.

“Leadership is leaders inducing followers to act for certain goals that represent the values and the motivations - the wants and needs, the aspirations and expectations - of both leaders and followers. And the genius of leadership lies in the manner in which leaders see and act on their own and their followers’ values and motivations.”