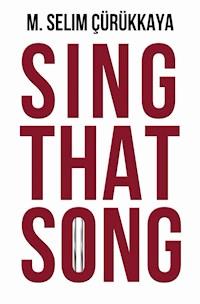 In the years from 1980 to 1987, the author of this book was taken into custody to the prison of Diyarbakir, Kurdistan. This striking story is about Adem, a man of Armenian and Kurdish origin and the happenings that he has endured during his time as a prisoner.

Diyarbekir military courtroom, the Seventh Army Corps Martial law  commander in Seyrantepe. A single story brick and concrete building surrounded by soldiers and tanks. Inside, on the courtroom’s far wall, words etched out of stone declare: “Justiceis the Foundation of the State.” Below the words is a bust of Turkey’s founder and first presi dent, Mustafa Kemal Ataturk. His likeness is carved out of gypsum and bronze. His eyes stare out at the court.

It is Apeil 14, 1981. The court is in session. A long wooden table is at the far end of the room, close to Ataturk’s bust. Five seats are at the table. Starting from the left, the first chair is filled by the militaryprosecutor, Bulent Cahit Aydogan, who wears a black robe and red collar. After him comes Judge Niyazi Erdogan, the only civilian, then two more military judges -- Emrullah Kaya and the Chief Justice, Major Kemal Kavi. They all wear a black robe with a red collar. The prosecutor Aydogan is in his early forties, the youngest at the table. Judges Erdogan, with a red face, and Kaya, burly, and surly with a deep, loud voice, look in their late forties or early fifties. The Chief Justice, who looks in his sixties, never speaks.  A court stenograoher  sits at a table just in front of the judges. She has a typewritter and a stack of files in front of her. The four defense lawyers are a little to the side of the stenographer’s table Two of them are young with mustaches, one is middle-aged with grey hair and the fourth one looks elderly. They are watching the prisoners with a mix of wonder and horror. Their uneasiness is apparent. Behind the lawyers is aplace for the media, but just five reporters have entered the builing. No cameras are allowed. One foreign reporter has hidden a small camera in his mouth and he has now moved it into his hand. When he feels it is safe, he snaps a photograph.

On the right and left sides of the court are commandos in blue berets. They hold machine guns that are pointed at the defendants. Their fingers are on the triggers, ready to open fire if needed. The defendants sit facing the court, separated by a wooden railing. They have been brought from Diyarbakir Military prison.The months of torture and abuse have deadened their eyes and slowed their movements. The starvation in the prison has wasted their bodies. Tuberculosis is beginning to spread. But these prisoners haven’t given up. They have refused to accept the military rule that sees to destroy their spirit and strangle their identity.Among of 400 prisoners there are two women Aysel Ozturk and Fatma Celik. Aysel’s husband is also one of the prisoners in the courtroom but Aysel hasn’t yet found him. She looks around, trying to match her memory of her husband against the gaunt faces and hunched bodies of those in the courtroom. She hasn’t seen her husband in six months, not since the torture began in earnest. She knows she has changed. She’s afraid for her husband.

The prisoners are sitting in line. Around them are soldiers shouting: “Heads straight, hands on knees, eyes on the slogan on the wall.” Soldiers raise their batons and smack prisoners who don’t appear to be looking straight ahead. All this is happening in front of the judges and lawyers.  But the court isn’t paying any attention. Prisoners begin to shout: “Your honor, we are being tortured,” and “Your honor we aren’t allowed to use the toilets, we have to urinate on ourselves.”

The judges pay no attention. “My girl,” begins Judge Emrullah Kaya, speaking to the stenogropher, “write that all the prisoners have been brought, in and that everybody has taken their seat. We open the session now, at 9 a.m. and we will start with identifying the defendants..” Judge Kaya turns to the prisoners and says, “We will call you to the front one by one, and you will identify yourself.”

The first prisoner called is Mazlum Dogan. He is seating in the front. He stands. He is about 27 years old, very thin and very pale. Because of the torture, he hasn’t slept more than a few hours at a time in months. He can barely stand. He looks at the judges and prosecutor in front of him, and at the guns pointed at him from the sides and the truncheons danglings from the hands of soldier  Judge Emrullah Kaya calls out to him, “Come to the bench!”

Mazlum Dogan replies, ”No, I will not identify myself.”

Mazlum Dogan looks at him bitterly. “Everyday there is torture in the jail.”

He points at the guns that are aimed at the prisoners.

“Look at these guns aimed at us before your eyes!”

He points again at the commandos, whose guns are posied to open fire on the prisoners .

“Look at these guns waving over our heads!”

He points to the other prisoners.

“Look at these people’s condition! Can there be a fair  trial in this environment?”

He points at the wall behind the judges.

“Look at what is written behind you. It says that justice is the basis of the state. There is huge contradiction between that and what you see before you! What you see here, our condition, proves that the writing on the wall is false. That this state does not rest on justice but on repression and violence. This means you aren’t a real court. You aren’t interested in justice. Thus, I refuse to identify myself.”

When Mehmet Hayri Durmus stands up, all the defendants turn to look at him. He appears to be even thinner than Mazlum Dogan,  maybe because he’s taller. He is also very weak, the result of weeks of a death fast that many of the prisoners had launched to protest their mistreatment.

Emrullah Kaya nods at him: “Hayri, go to the defendant’s chair and identify yourself. Don’t tell us about any problems. What is happening in the jail doesn’t concern us. That’s for you to discuss  with the prison administration.” M. Hayri Durmus doesn’t move from his seat: “You are imperialist court. Kurdistan is under invasion. You are not free as a court either. You are operating as a tool of the Turkish colonialist powers.You are supporting and helping to implement the policies of torture and degredation. You are working with the fascist state to destroy the Kurdish people. You ignore what is happening to us, especially what is happening to us in the prison. Under these circumstances, I refuse to identify myself.” He sits down. The judge, Emrullah Kaya, calls Kemal Pir. Kemal gets up with a nimble move. His cheeks are sunken. He ignores the judges. He looks to the other prisoners. “I agree with my friends Hayri and Mazlum and I am refusing to state my name.”

With a angry voice Emrullah Kaya calls out the next defendent:

“I will not declare my identity either,” he says, and sits down.

“I agree with my friend Ferhat,” he says.

Emrullah Kaya calls the next person:

Mahmut Zengin doesn’t even bother to stand up

Emrullah Kaya points to another person:

Esref Anyik stands: “ There are inhumane cruelties happening in Kurdistan. People are dying,” he says, as the commandoes lift their truncheons and start to beat him.

Emrullah Kaya calls out another name: