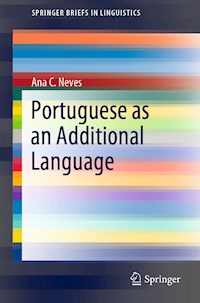 Portuguese as an Additional Language ebook

An analysis of these three case studies is presented, with a focus on the organization of
explicit and implicit language policies with regards to population mobility and also motivational issues, language attitudes and language use by the sample population.