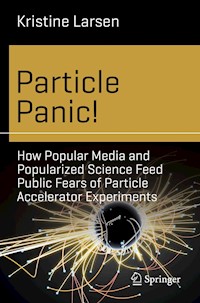 From novels and short stories to television and film, popular media has made a cottage industry of predicting the end of the world will be caused by particle accelerators. Rather than allay such fears, public pronouncements by particle scientists themselves often unwittingly fan the flames of hysteria.

This book surveys media depictions of particle accelerator physics and the perceived dangers these experiments pose. In addition, it describes the role of scientists in propagating such fears and misconceptions, offering as a conclusion ways in which the scientific community could successfully allay such misplaced fears through more effective communication strategies.

The book is aimed at the general reader interested in separating fact from fiction in the field of high-energy physics, at science educators and communicators, and, last but not least, at all scientists concerned about these issues.