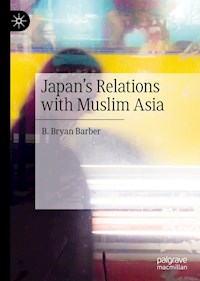 This book offers a useful and extensive account of Japan’s past discoveries and present interactions with Muslim states and societies across Asia. Bearing in mind the U.S.-led global meta-narrative of Islam spoken in tandem with security and threats, this book examines how this reconciles with Japan’s self-proclaimed “values-based” approach to diplomacy across Asia in the twenty-first century. The author considers Japan’s historic conceptualization and learning of Islam, and its acute needs for access to markets and energy from Muslim-majority states in Asia. He also argues that Japan securitizes Islam in a manner distinct from Western, Russian, or Chinese securitization today, but that Japan promotes itself as a model for human security and development across an Asia inclusive of Muslim states. Japan’s approach to Islam and Muslim societies today offers much from which other great powers can learn.