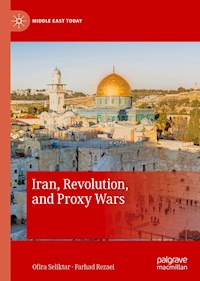 332,44 zł
This book analyzes the historical quest of the Islamic Republic of Iran to export its revolution to the Muslim countries in the Middle East and beyond. The authors argue that Iran exported its revolution by using proxies such as Hezbollah, the Iraqi Shite militias, and the Houthis. The study unravels the casual chain behind less-known cases of Iranian sponsorship of al Qaeda (Central) and al Qaida in Iraq. It combines rigorous theory with detailed empirical analysis which can add to the current debate about ways to roll back Iran’s revolutionary export.