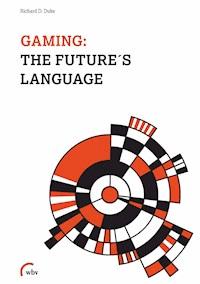 When Richard Duke published his book "Gaming: The Future's Language" in 1974, he was a pioneer for the development and implementation of experimental planning games for politics, strategy development and management. The book became a much quoted reference volume. In 2014, the International Simulation and Gaming Association (ISAGA) founded by Richard D. Duke celebrated its 45th anniversary. The author published a revised anniversary edition of his classic text that year.