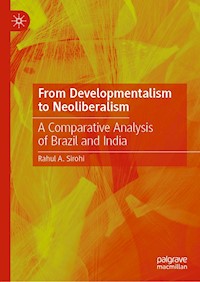 From Developmentalism to Neoliberalism ebook

This book studies the experiences of Brazil and India, the major economic powerhouses of the 21st century, during the neoliberal era. Both the nations have become important players in global markets and their economic performance has captured the attention of policymakers and academicians across the world. The book explores the patterns of growth and the changing status of human development in the two regions, since the 1980s. In an attempt to better grasp the subtleties of their developmental experiences, it also highlights the political and institutional dynamics that have under girded the liberalization of the two countries.