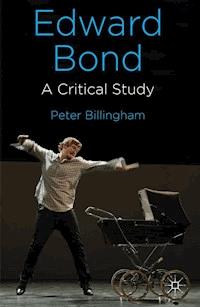 This new study of one of Britain's greatest modern playwrights represents the first major, extended discussion of Edward Bond's work in over twenty years. The book combines rigorous and stimulating analysis and discussion of Bond's plays and ideas about drama and society. For the first time, there is also discussion of selected plays from his later, post-2000 period, including Innocence and Have I None, alongside explorations of widely studied plays such as Saved.