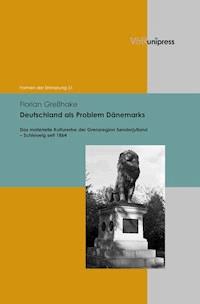 As a result of the concept of nation state the border area Sønderjylland/Schleswig became a central place of conflict between the German and the Danish claims for power national movements in the mid- 19th century, because of that the border area received a central role for the establishment und transmission of collective and identities both north and south of the border.In the context of this problematical history, my thesis asks for the the function of the material cultural heritage in the border conflict. In view of the variable Schleswigean history it is in particular the question of continuity and change in the discussions and practices on the cultural heritage which I am interested in. Furthermore I ask for the protagonists in the field of memory policy and the role of memorial frameworks as they are defined by French sociologist Maurice Halbwachs. This study is hereby structured by the significant turning points and occasions of the border area history. Beginning with the German-Danish War in 1864 the analysed period extends to the present, so that the narratives considering the material cultural heritage can be contextualised within the central historical occasions. In the view of the political changes self-perceptions and images of the “other” were negotiated and modified again and again. In the context of the cultural heritage there are obviously long lasting processes of national in- and exclusion as well as the production of a cultural autonomous Schleswig-Holstein. Because of that the border area Sønderjylland/Schleswig is today a hybrid space between German and Danish cultural influences. The example of the German-Danish border region prove hereby the central significance of the role of supposedly peripheral border areas – the inner peripheries – for the establishment and transmission of national identities and memorial frameworks.