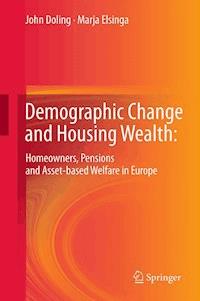 Across the EU, populations are shrinking and ageing. An increasing burden is being placed on a smaller working population to generate the taxes required for pensions and care costs. Welfare states are weakening in many countries and across Europe, households are being increasingly expected to plan for their retirement and future care needs within this risky environment. At the same time, the proportion of people buying their own home in most countries has risen, so that some two-thirds of European households now own their homes.  Housing equity now considerably exceeds total European GDP.

This book discusses questions like: to what extent might home ownership provide a potential cure for some of the consequences of ageing populations by realizing housing equity in order to meet the consumption needs of older people? What does this mean for patterns of inheritance and longer-term inequalities across Europe? And to what extent are governments banking on their citizens utilising their housing wealth now and in the future?